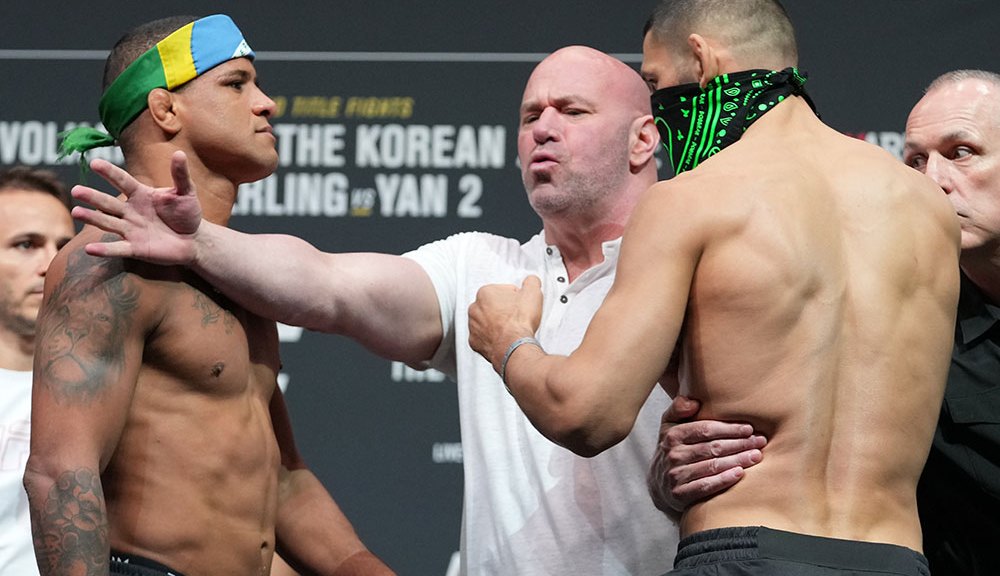 By Danny Segura and Mike Bohn |

JACKSONVILLE, Fla. – UFC 273 is just hours away, bringing two title fights and a highly-anticipated welterweight matchup in the feature bout.

MMA Junkie reporters Mike Bohn and Danny Segura are on the ground covering the action and preview the pay-per-view event that takes place at the VyStar Veterans Memorial Arena.

There are plenty of questions to answer on Saturday evening:

Will Alexander Volkanovski defend his featherweight title against Chan Sung Jung in the main event and inch closer to the best 145-pound fighter of all time?
Can Aljamain Sterling silence the naysayers that have hounded him after his bantamweight title-clinching disqualification and take care of business against Petr Yan?
Is a title shot in Khamzat Chimaev’s future if he can keep the hype train going full steam ahead with a win over the well-rounded, hard-hitting former title challenger Gilbert Burns?

The guys give their takes on the top bouts of UFC 273 in the video above.

Also, be sure to check out the MMA Junkie fight week vlog in the video below.