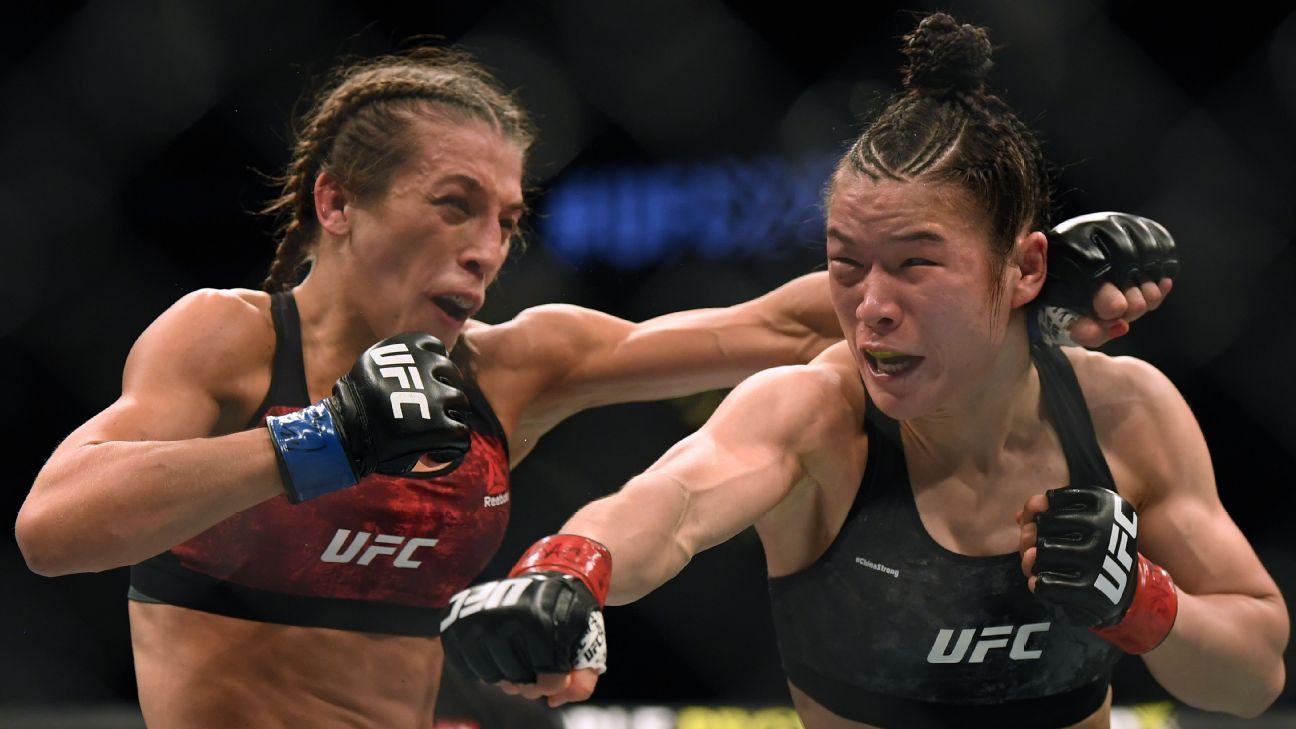 Arguably the greatest fight in women’s MMA history will be run back later this spring.

Zhang and Jedrzejczyk first met at UFC 248 on March 7, 2020, which Zhang won by split decision. The bout was an instant classic — a five-round, back-and-forth clash that highlighted the outstanding skills of both women.

ESPN has Zhang ranked No. 6 on its women’s MMA pound-for-pound list and No. 2 in the world at 115 pounds. Jedrzejczyk is unranked due to inactivity.

Zhang (21-3) is coming off back-to-back losses to current women’s strawweight champion Rose Namajunas. The China native fell via close split decision to Namajunas at UFC 268 last November. Zhang, 32, had won 21 straight fights prior to the current losing streak. She held the title from 2019 to 2021.

Jedrzejczyk (16-4) has not fought since falling to Zhang in a title fight more than two years ago. The Poland native has the most title defenses (5) and victories (10) in UFC women’s strawweight history. Jedrzejczyk, 34, lost the belt to Namajunas in 2017 and is 2-2 at 115 pounds since dropping the belt.

UFC 275 will be headlined by a light heavyweight title fight between champion Glover Teixeira and challenger Jiri Prochazka. In the co-main event, Valentina Shevchenko defends her UFC women’s flyweight title against Taila Santos.