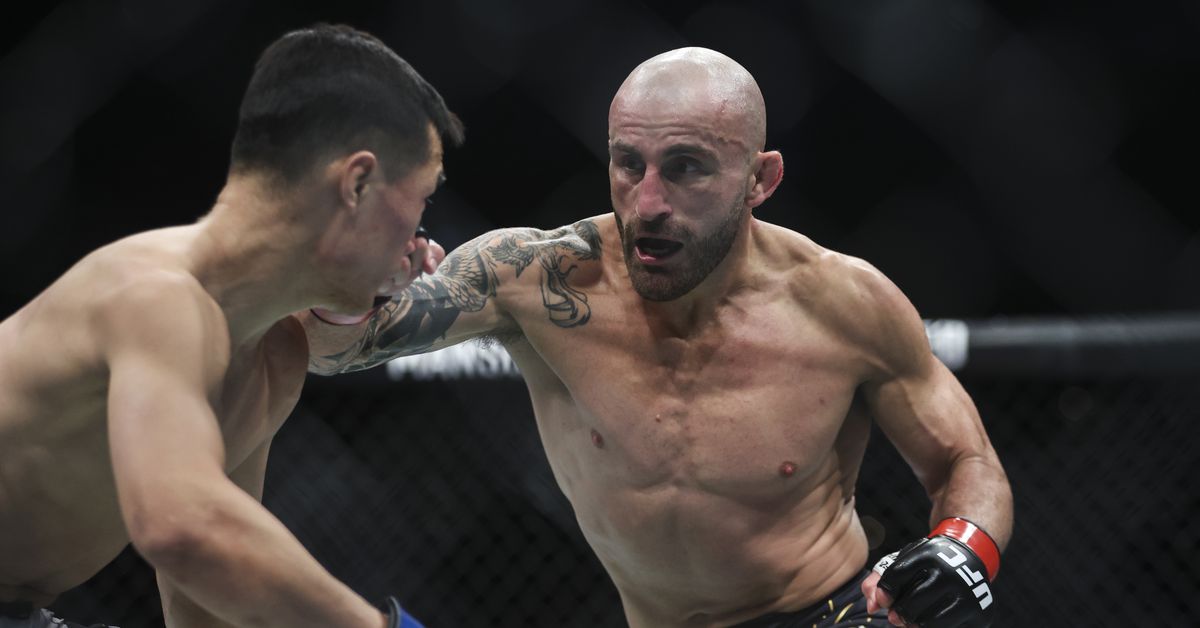 Alexander Volkanovski put an absolute beating on “The Korean Zombie” Chan Sung Jung in the main event of UFC 273, a performance that unfortunately might have been overlooked amongst all the other topics coming out of this big card. At the post-fight press conference, Volkanovski made sure to point out that the level of domination he showed against Jung proved he was above the pack in every way.

As for what’s next, Alexander “The Great” made it clear that he wasn’t going to just sit around and accept contenders who hadn’t put in the proper work. There’s bigger fights for him out there and he’d take those instead.

“I’m in a position where I can do a couple of things, and if this division doesn’t want to sort itself out and they’re all going to sit back and f—king wait for s—t, then fine, I’ll move up and fight lightweight,” he said. “I’m an easy champ to understand: Take that number one spot, you get that shot. If not, let’s move up. I think we’re in a good position to move up, maybe see what happens in this lightweight division title fight, and maybe move up. Because again, I’m showing I’m levels ahead in this division. Maybe we move up.”

“I fought at middleweight,” he added. “People forget, you know we talk about pound for pound. You gotta remember I’m undefeated at middleweight. My only loss is at welterweight, I’m undefeated in every other division. So look what I’m doing to these guys, I’ve fought at all different weights. We talk about pound for pound, it’s there. I’m showing you what I can do. And I’m owning that crown so honestly from now on, ‘Bald Volk’ is coming for f—king everyone, so lightweight division watch out.”

As for a potential third fight with Max Holloway, Volkanovski sounded interested enough but made it clear he felt he had nothing to prove.