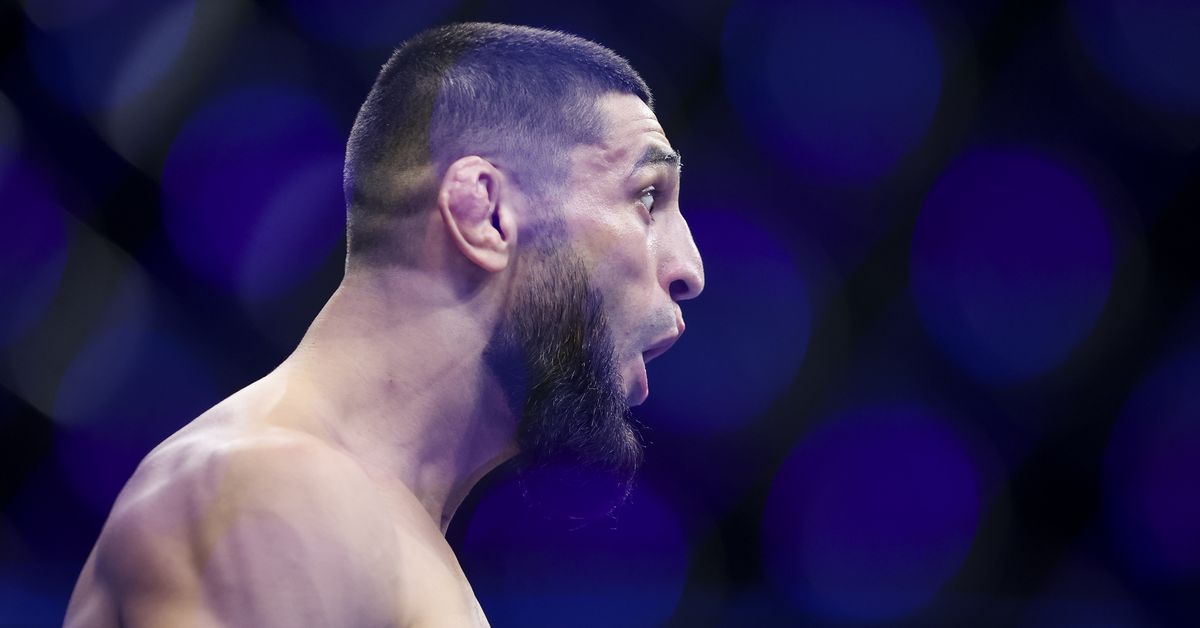 The dust has settled on the amazing UFC 273 pay-per-view (PPV) event in Jacksonville, Fla., which was highlighted by a Featherweight title fight that saw division champion, Alexander Volkanovski, defeat Chan Sung Jung via fourth round technical knockout (TKO) to retain his strap (highlights). In further action, Aljamain Sterling edged out Petr Yan in a razor-thin Bantamweight title fight to unify the belts. Also, Khamzat Chimaev and Gilbert Burns were involved in a 15 minute war that left fights fans wanting more in a “Fight of the Year” candidate.

Who He Should Face Next: Max Holloway

After earning his third consecutive title defense, Volkanavski will likely be seeing a familiar facing standing across from him in Holloway. The two were set to run it back a third time before an injury forced “Blessed” out of the fight, paving the way for “Korean Zombie” to step in for an unexpected title shot. Currently sitting in the No. 1 spot, Holloway will be eager to step back in there against “The Great” in order to win the title again after dropping it to the Aussie and then failing to get some revenge in the rematch. For Volkanavski, defeating Holloway for the third (and perhaps final) time, will finally put all of the talk to bed as to who the best fighter between the two of them really is, and open up the door for fresh challenges moving forward.

Who He Should Face Next: Jose Aldo

Sterling narrowly escaped Jacksonville the 135-pound champion after earning a split-decision win over the now-former interim champion, Petr Yan, which had plenty of people — Dana White included — up in arms. There is the possibility that the promotion runs it back a third time (see Figueiredo vs Moreno) — but I just don’t see it happening here. A title fight against Aldo is more up my alley. Sure, T.J. Dillashaw is sitting at No. 2, but there is no telling where he is at with his knee injury. For my money, Sterling vs Aldo is the fight to make. Aldo is holding on to the No. 3 spot and is currently on a three-fight win streak, the longest of his career since 2014. The former 145-pound champion is also likely more ready, health wise, to step into the cage than “Viper” is, so there is that.

Who He Should Face Next: Colby Covington

Prior to Chimaev facing off against Gilbert Burns in the memorable three-round Welterweight affair, UFC president Dana White stated that matchmakers were planning to book “Borz” against Covington should he prove victorious. Chimaev did his part, now it’s up to White and Co. to do theirs. Chimaev answered a lot of questions after he was pushed to the limits by “Durinho” — the No. 2 ranked 170-pounder on the planet — so he proved that he can defeat the cream of the crop. Against Covington, though, it’s going to be a different beast. “Borz” will have to up his cardio game because “Chaos” causes just that with his unlimited gas tank. If Chimaev can defeat the former interim titleholder, a title shot could likely be next.

Who She Should Face Next: Yan Xiaonan

Dern got back in the win column by earning a super-close split-decision win over Tecia Torres. Rankings-wise, the only fight that makes sense for Dern (at least for the moment) is one against Xiaonan, who is ranked one spot ahead if the Brazilian jiu-jitsu ace at No. 4 Granted, that can all change later next week, with Dern possibly overtaking her for that spot. The rest of the Top 5 is already booked with Zhang Weili in line to face Joanna Jedrzejczyk a second time later this year, and Carla Esparza gearing up for a title fight against Rose Namajunas. Marina Rodriguez (No. 3) should be getting the winner of that fight, so Dern can stay warm by attempting to hand Xiaonan her third straight loss.

Who He Should Face Next: Drew Dober

Madsen improved his record to 12-0, 4-0 UFC, after defeating Vinc Pichel in an entertaining scrap. the former Olympic-silver medal-winning wrestler may crack the Top 15 with the win, if not, defeating Dober should do the trick. Dober recently snapped his two-fight skid by scoring a first-round knockout win over Terrance McKinney. A nine-year UFC veteran, Dober is battle-tested and would give Madsen a stiff test to let fight fans know where exactly he’s at. Dober isn’t in the Top 15 — but he is no slouch, either — and a win over him doesn’t exactly come easy. It’s a great matchup for Madsen at this stage of his career because rushing him in against the Top 15 isn’t the play right now. But if he can defeat a longtime veteran like Dober, those bouts could be coming sooner, rather than later.