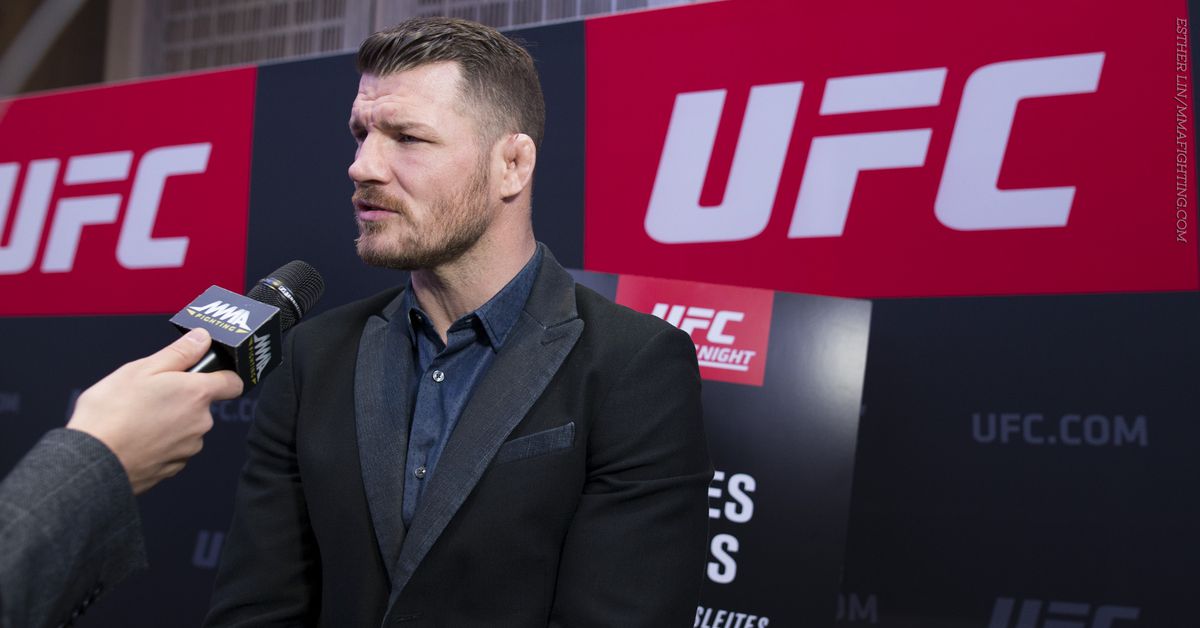 At UFC 273 this past weekend, Khamzat Chimaev won a unanimous decision over Gilbert Burns in one of the best fights of the year. It was the first time Chimaev has really been tested in his UFC career thus far, having to battle back from a tough second round where Burns dropped him, but through that adversity, UFC Hall of Famer Michael Bisping believes that Chimaev is only going to be better off for it.

“Absolutely fantastic,” Bisping said on his YouTube Channel. “I don’t think anyone didn’t enjoy that fight and I think for Khamzat it was such a great fight for his development as a fighter, for his evolution as a fighter…

“Khamzat’s gonna learn and grow from that because he approached that fight — I think Khamzat went into that one a little bit overconfident. I’m not saying he rested on his laurels, I’m not saying he was complacent in training camp… but I think he went in there expecting to steamroll Gilbert Burns. He thought he would just go right through him, and you can’t always think that. His history so far, he’s undefeated, and his first [UFC] fights, that’s what he did, he just mangled everybody. There was no f****** opposition, there was no stopping him whatsoever. So history has shown Khamzat that’s what he can do, so he thought that’s what was gonna happen again. That’s why he was sitting on the fence with Darren Till looking like he was waiting for a bus, all calm and collected. But Gilbert Burns came to fight…

“The reason I think that’s good for Khamzat, he’s gonna learn you can’t always just go out there and dominate people the way you think you’re going to. He thought he was gonna walk through him and he went in there with no real game plan. Khamzat’s a much bigger guy, he’s a much longer guy, he’s got way longer arms, way longer reach. He could’ve made that a tougher fight for Gilbert if he’d have just employed a bit of strategy… But he didn’t do that. He just went straight forward, stuck in the pocket, took away his own reach advantage, and threw down, and in a fight like that, anyone can win. Gilbert Burns is extremely powerful so that’s not the smartest thing. So I think he’s gonna learn from that and I think he’s gonna come back better.”

After the fight, Chimaev himself admitted that he underestimated Burns, saying he tried too hard to knock him out and that next time he will fight smarter. And while Bisping believes that is obviously a good idea for him, he also says that should things get tough for Chimaev in the future, now we know that he’s made of championship material.

“Here’s what Khazmat proved: he can be the hammer and the nail,” Bisping said. “It’s all good going out there and destroying your opposition. Everybody loves that, everybody wants to see that, everybody wants to do that, but the question still remains, ‘Can he take a kicking and keep on ticking?’ Well now we know he can… Some people, when they start hitting adversity, they wilt and they look for a way out, but Khamzat Chimaev isn’t that guy. Khamzat definitely showed last night he can be a hammer and a nail, so he’s got all the ingredients.”

UFC President Dana White agrees with Bisping, calling Chimaev “the real deal” following the fight, and reaffirming that the UFC will next look to book Chimaev against recent welterweight title challenger Colby Covington. While that fight is far from a certainty, it would make sense from a promotional standpoint and the winner would presumably be next in line for a title. And as of this moment, Bisping says he favors Chimaev to get the job done.

“I’d probably lean towards Khamzat, which again sounds crazy, but I think the wrestling of Khamzat would nullify for sure Colby’s wrestling,” Bisping said. “So if you take the wrestling out of it, then we’re gonna go to striking. Khamzat has more power, Colby has more output, and that’s what it comes down to. I think Colby would have a gas tank advantage, conditioning goes to Colby. Experience as well, so there’s some stuff there. But wrestling and power goes to Khamzat. So we’ll see.”

Terrible Promoter. Dana White blasts Aljamain Sterling vs. Petr Yan 2 decision: ‘I thought that the judges blew that one’.

See the difference? Dana White on Khamzat Chimaev after UFC 273: ‘If you don’t think he’s the real deal, you’re out of your mind’.

Hall of Fame. Cub Swanson vs. Doo Ho Choi classic clash from UFC 206 to be inducted into 2022 UFC Hall of Fame.

Volkanovski on TMZ after the win.

On To The Next One. Matches to make following UFC 273.

Life goes on. Goal remains the same! Thanks for the support ✊

@alexvolkanovski you’ve inspired me to come back. When it comes to wrestling…you couldn’t pin a tweet. I would take you down and choke you out quicker than a McGregor relapse. Sign the contract. https://t.co/3gX1oI1bNO

Well someone will be practicing getting out of scarf holds for awhile. Much respect to @oleynikufc