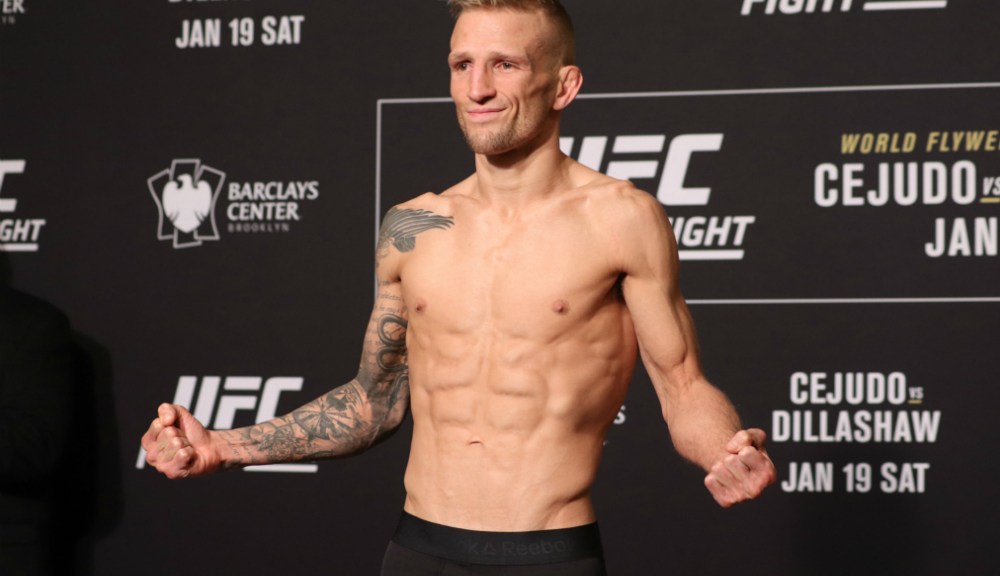 By Nolan King and Danny Segura |

JACKSONVILLE, Fla. – T.J. Dillashaw is thriving back where he first won the title: in the UFC’s bantamweight division.

His next fight might be for a UFC title, but the road between championship bouts for Dillashaw (17-4 MMA, 13-4 UFC) was not without its bumps and detours. In 2019, Dillashaw dropped to flyweight to fight then-champion Henry Cejudo for the title. Not only was he finished in 32 seconds, he failed his drug test and was suspended two years and relinquished his bantamweight title.

Now heavier and on the doorstep of another UFC title opportunity, Dillashaw admits his move to 125 pounds was a mistake. He also hinted his positive drug test was a result of his hefty weight cut.

Does Dillashaw regret the drop? It’s complicated. But the final answer is yes. Yes he does.

“I do and I don’t. I know it was a lot of work,” Dillashaw said. “I definitely regret it, because I wouldn’t have been sitting out for two years.”