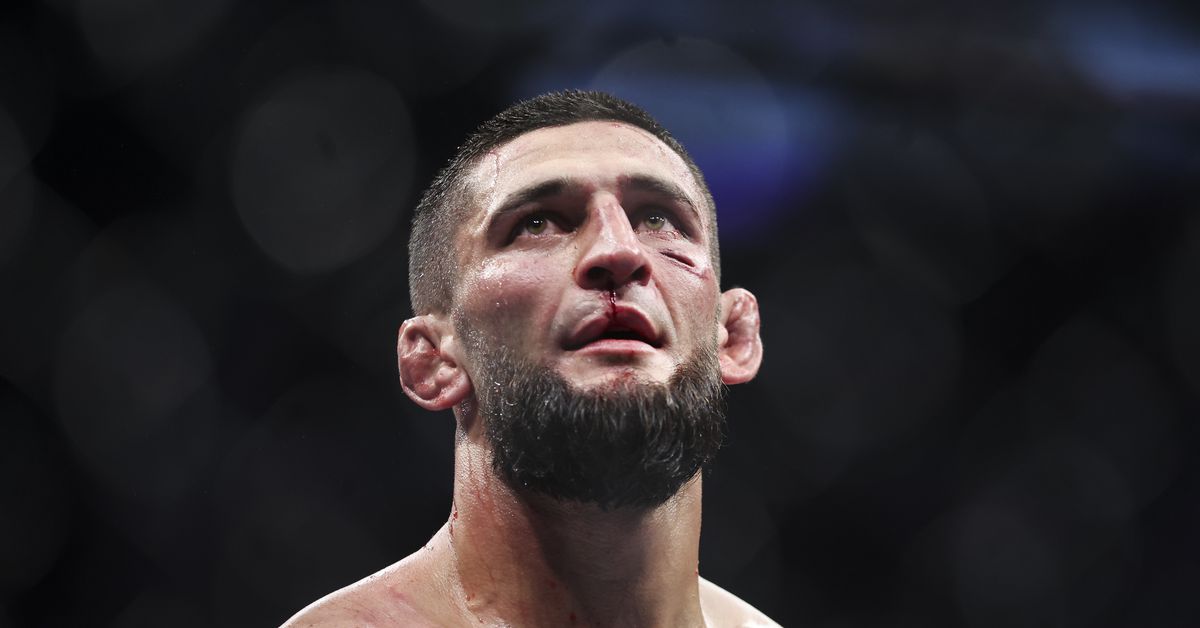 Though the bout is not officially booked, UFC and Dana White have made it clear the plan moving forward at 170 lbs. is to book Colby Covington vs. Khamzat Chimaev. Chimaev has already agreed to the match up, promising to “smash his face,” and “Chaos” has mentioned the Chechen several times in previous trash talk. Hopefully, there are no obstacles in booking the fight later this year … though it never seems that simple at Welterweight.

For the sixth time in a row, Chimaev will enter this UFC match up as a significant favorite. Though the odds aren’t quite as blown up as his 3-1 odds over Gilbert Burns, Chimaev will open as a -200 favorite per BetOnline.ag. The action comes back on Covington at +170.

Despite a less-than-dominant showing opposite Burns, public confidence remains high in Chimaev. His brawl at UFC 273 was an instant classic and revealing fight (watch highlights), but he took some huge shots and arguably lost the decision. After 10 straight examples of straight SMESH, bloody and fatigued was a different look for the Chechen wolf, but it still isn’t enough to deter betters from “Borz.”

Of course, Covington is another step up in competition. “The King of Miami” is fresh off a dominant win over Jorge Masvidal, and prior to that win, he took pound-for-pound king Kamaru Usman to the absolute brink for a second time.

Is he undervalued here, or are the oddsmakers on the money?

It’s somehow been about six months since my last fight, and I’m once again booked to compete, this time at Urijah Faber’s A-1 Combat promotion in Sacramento, California on May 28.

As always, I hugely appreciate the MMAMania community support (financial or otherwise) for both my writing and fighting careers. Thank you!

Henry Cejudo is talking about returning to action (again) and seems more serious about it this time. What I’m curious about … do people care?

Do you want Henry Cejudo to come back to UFC competition?

An update to the Bellator Bantamweight tournament:

Nikita Mikhailov (9-1), out of Team Fedor, replaces Josh Hill in the Bellator Grand Prix, per the promotion. He fights Enrique Barzola (17-5-2) at #Bellator278. April 22 in Honolulu.

Here’s a tense moment backstage between Aljamain Sterling and Petr Yan. Also, Merab Dvalisvhili vs. Yan makes a whole lot of sense next!

Please, dear readers, do not believe stupid f—king tweets like this, which are very obviously a case of “throw numbers at the wall and see what sticks.”

Between the following post and Israel Adesanya’s story last week, Middleweights and mushrooms is an unexpected trend.

I accidently pulled mount in a fight once — not ideal.

Watch this if you hate yourself! Strange observation: are women more willing to let their arms break? It seems to happen quite a bit more in women’s MMA, though the greater reliance on submissions in general could be to blame.

One of the funkier submissions in recent memory:

Moab is an incredible place.

Midnight Music: One of my fiancée’s favorite songs currently!