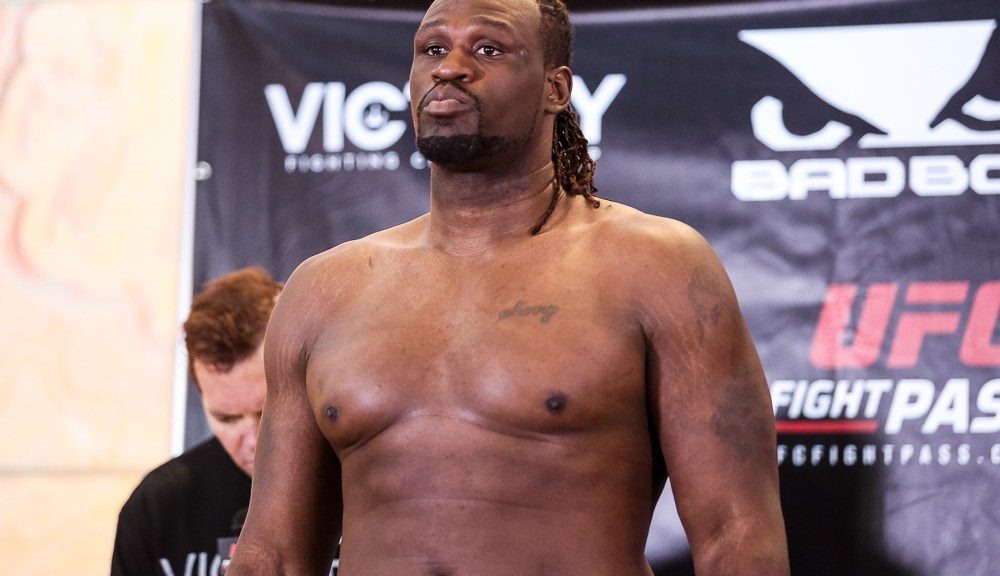 Heavyweight Daniel James won’t be fighting at Bellator 280 in Paris after he tested positive for a banned substance.

Multiple people with knowledge of the situation informed MMA Junkie of the positive test Wednesday, but asked to remain anonymous.

Bellator officials confirmed to MMA Junkie that James (13-6-1 MMA, 0-0 BMMA) is off the card, though would not officially state a reason why. Davion Franklin (5-0 MMA, 0-0 BMMA) awaits a replacement opponent.

“I will never understand why someone needs to take performance enhancers instead of just working hard and letting nature take its course,” Franklin wrote. “However, I’m not gonna blast him because of my frustrations but I will say when you go that route you’re not only hurting your own career but you’re also taking away opportunities from your opponent as well, and there is no glory in that. This was suppose to be a big moment for me, and you just took that all away. SMH”

James, 40, is a former ACA heavyweight contender who recently signed a multifight deal with Bellator on the heels of a three-fight winning streak.

Bellator 280 takes place May 6 at AccorHotels Arena in Paris with the main card airing on Showtime after prelims on MMA Junkie.

With the removal, the Bellator 280 lineup includes: