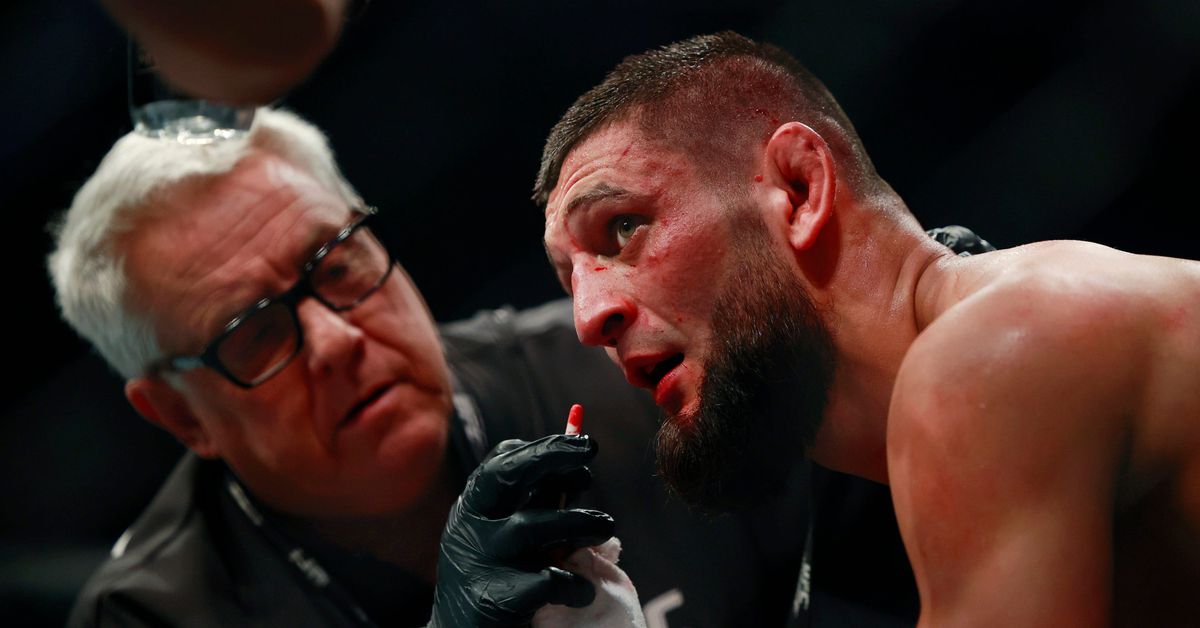 Khamzat Chimaev may have struggled to put away Gilbert Burns earlier this month at UFC 273, but the welterweight contender has so much more to offer inside of the cage.

Entering his fight with Burns the undefeated Chechen fighter carried an insane amount of hype with him having gone 4-0 inside of the Octagon with only a few shots absorbed. In turn, Chimaev was a massive betting favorite and many expected him to steamroll “Durinho” and continue his meteoric rise.

While Chimaev did enough to earn the win over Burns it was far from dominant. “Borz’ answered a ton of questions relating to his heart, chin, and conditioning, but his hype train slowed just a bit from not getting the finish.

Luckily, Chimaev has plenty of time to fix his issues and regain any momentum he lost at UFC 273. The undefeated welterweight fighter and his team believe he only showed a portion of his abilities and are excited to unravel the whole arsenal the next time around.

“I need to keep working now, I’ve made many mistakes, I can do better,” said Chimaev during a recent interview with Smesh Bros. “I was chasing a knockout the whole fight and missed many shots as a result. But I’m satisfied overall. I love my job! My coach said that I showed only 30% of what I’ve got. Obviously he wasn’t satisfied at all. And I know what I’m capable of. This fight got the main event type of hype and I was excited and wanted to KO him. And that was my mistake from the start. I should’ve worked cleaner. But I will learn from it. It’s a great lesson for me.”

Chimaev, who is now 5-0 under the UFC banner, is likely to score a No. 1 contender’s bout against former title challenger Colby Covington sometime later this year on ABC. The odds are already in Khamzat’s favor, but he’s going to have to show a little more than he did in his fight with Burns to get past someone like “Chaos.” It will be the ultimate test for Chimaev as he tries to score a title shot against UFC welterweight champion Kamaru Usman.

What say you, Maniacs? How much more can Chimaev offer inside of the Octagon?