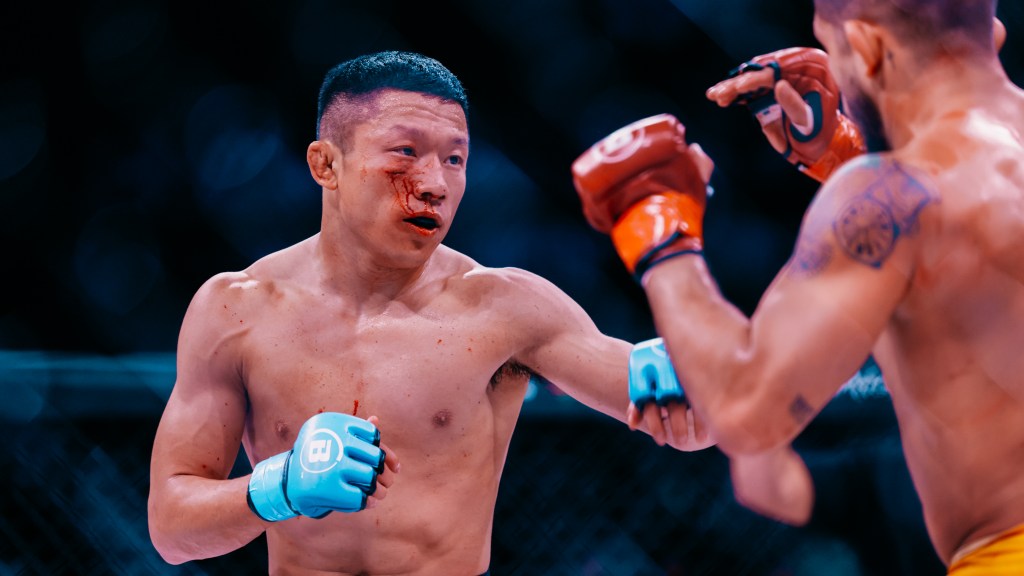 Kyoji Horiguchi gives credit where credit is due.

The Rizin FF champion and former Bellator titleholder won’t take anything away from Sergio Pettis’ comeback win last December. Pettis successfully made his first title defense at Bellator 272, knocking out Horiguchi (29-4 MMA, 1-1 BMMA) with a spinning back fist in the fourth round of their championship fight.

It was a contest where Horiguchi was thriving and ahead of the scorecards before the finishing blow. The Japanese star gives full credit to Pettis despite the nature of the bout.

“A lose is a lose, you know,” Horiguchi told MMA Junkie. “Next time I get back better.

“It was not lucky, he’s always training that technique. If. lucky, he made it lucky. A loss is a loss.”

Horiguchi returns to action on April 23 as he’s scheduled to face Patchy Mix at Bellator 279. The fight is part of the Bellator bantamweight grand prix. Pettis was also scheduled to partake in the tournament, but was forced to withdraw due to injury. He was replaced by Juan Archuleta.

Horiguchi says nothing changes in terms of not getting the chance to rematch Pettis in the tourney.

“No, I’m not changing because a fight is a fight,” Horiguchi said. “I’m not going to change. I think it’s going to be good for Bellator – former champion and real champion. It’s going to be a good story.”