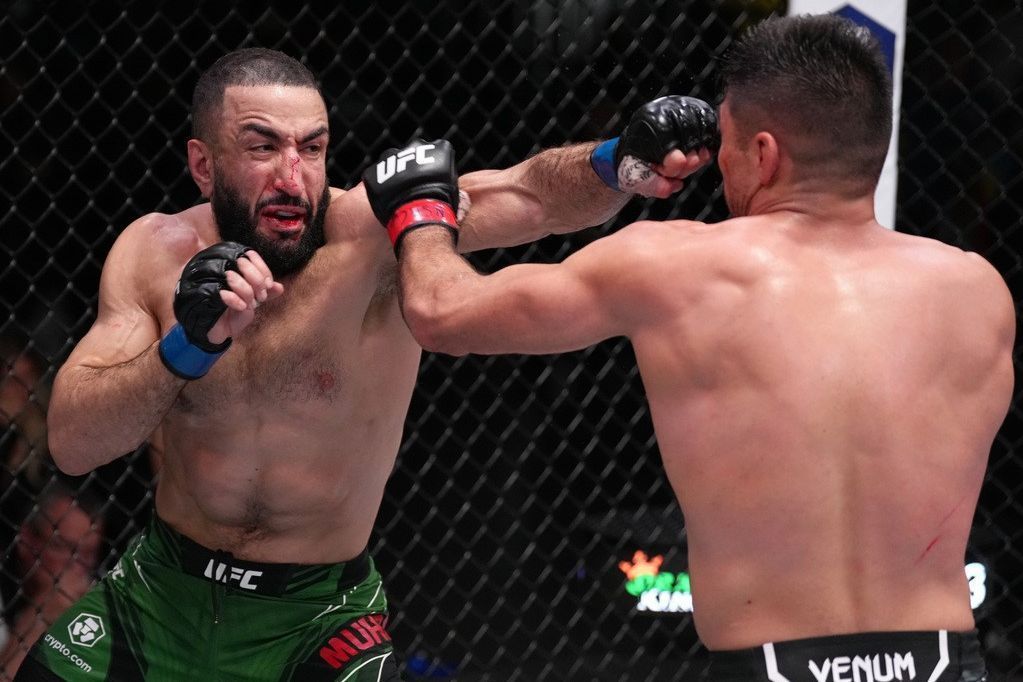 UFC welterweight Belal Muhammad improved his winning streak to seven on Saturday, as he out-pointed Vicente Luque via unanimous division at UFC Fight Night at Apex facility in Las Vegas.

Luque (21-8-1) entered the contest the betting favorite but struggled to maintain any consistent offense against Muhammad, who out-grappled Luque in the early rounds and held on late in the fight.

According to UFC Stats, Muhammad out-landed Luque in total strikes 164 to 109 and racked up 7:29 in control time over Luque’s 33 seconds.

Saturday’s main event was a rematch of a welterweight bout between the two at UFC 206 in November 2016. Luque won that fight via knockout in the first round in Madison Square Garden in New York.

Muhammad, 33, improved his record to 7-0 in his last eight appearances with one no contest against Leon Edwards in March 2021 due to an accidental eyepoke. Edwards is expected to fight defending champion Kamaru Usman for the UFC welterweight title this summer.