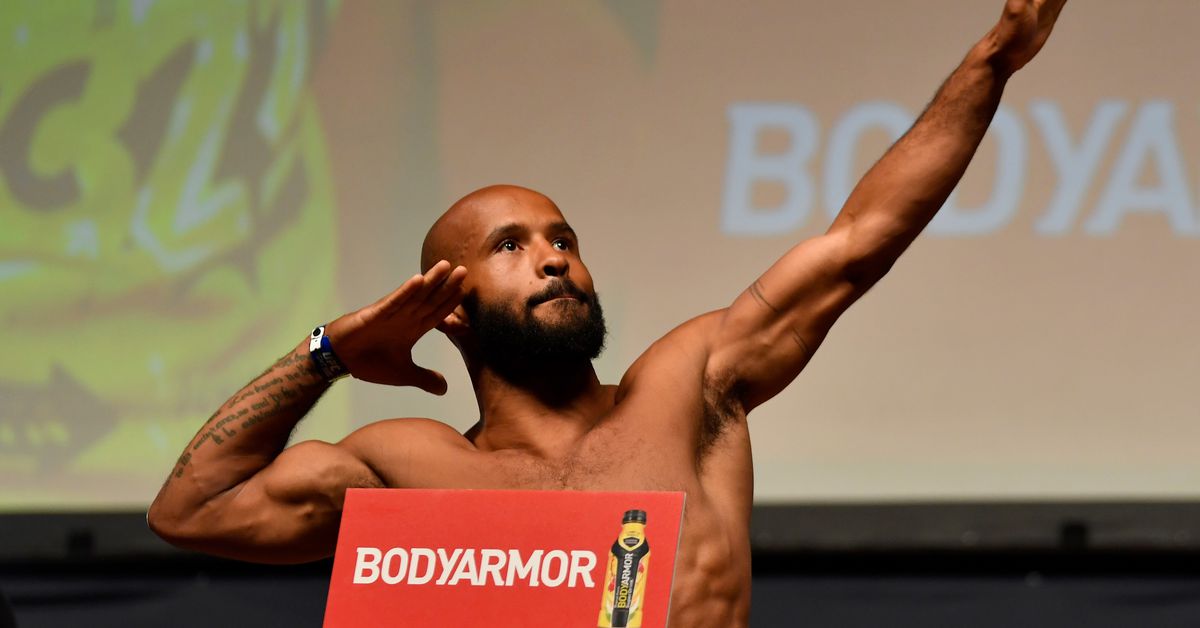 Demetrious Johnson may have needed some time to adjust, but he seemed to enjoy his mixed-rules bout with Rodtang Jitmuangnon.

ONE Championship celebrated its 10-year anniversary last month with ONE X, a 20-fight card that featured MMA, muay Thai, kickboxing, and special-rules bouts. In the co-main event of the epic night, Demetrious Johnson faced off with one of the best muay Thai fighters in the world, Rodtang Jitmuangnon, in a mixed-rules bout of four three-minute rounds that alternated between muay Thai rules and MMA rules. With the first round of the bout being muay Thai, it presented some challenges for the 12-time UFC flyweight champion.

“I was a little nervous because I always revert back to my natural instincts, which is, if somebody’s gonna close the distance like he did — that was a thing I was really impressed about,” Johnson told Ariel Helwani on The MMA Hour. “Right when the fight started, he just walked right across the f****** cage and punched me in the face. [Laughs] That’s when I came in and started to body lock him, and once I body lock him I threw two knees and they’re like, ‘You can’t do that.’..

“To give you more context, if you go back and watch the Hiroki Akimoto vs. Capitan [Petchyindee, a kickboxing bout on the same card], Capitan is a muay Thai fighter. He likes to push forward and clinch. … So if you go back and watch the fight, he starts to clinch immediately and the ref starts break them. ‘Stop clinching, stop breaking the rules.’ He got fined 10 percent. Then he got fined 20 percent, and I told Matt [Hume, Johnson’s longtime coach], ‘I ain’t coming over here to lose 10 percent of my paycheck. I ain’t about that life.’ So if you go back to my fight, you’ll see parts of my fight where I’m like this [hands straight out]. My hands are straight out, because I don’t want to get dinged for any points. … It was the hardest thing to do because naturally I want to clinch. … That was the only hardest thing. And after a minute and a half I started to settle in and throw combinations. Obviously, he hit me with some pretty good shots, but it’s part of the fight.”

Johnson made it through the first round, and with the second round being MMA, “Mighty Mouse” felt good about his chances.

“I knew that he was going to use more footwork and not come forward like he did the first round, and I just wanted to make sure — I told my teammates, I’m not going to rush it. I’m not gonna rush it. I don’t care. If we get through this second round and I don’t get him to the ground or submit him, I’ll go to a third round and do muay Thai again. I don’t care. I’m not gonna rush and put myself in a position where I’m gonna overextend and get caught and get knocked out. I’d rather take my time to get there, and when I get there, go to work and try to get him out of there.”

Johnson was able to do just that and submitted Rodtang with a rear-naked choke a little over two minutes into the second round. It was Johnson’s first win since 2019 and, having suffered his first knockout loss in a fight this past year against Adriano Moraes, it was one some believed the 35-year old needed to get back on track. But ‘Mighty Mouse’ disagrees.

“I never felt that I lost my mojo,” Johnson said. “When I win my fights, yes, it feels great, it feels amazing, and when I lose it sucks, and I don’t want to lose. So I try to keep myself at an even playing field. My fight against Rodtang, it was a great fight, I loved it, I’m very happy I got the victory, and it was awesome to share the ring with him. I’m just humble and I’m grateful that I was able to get this win and come out healthy and unscathed.”

Johnson hopes to take advantage of that relative health with a quick turnaround. Having only fought once in the past two and a half years largely due to COVID-19 restrictions, he is hoping to be more active this year.

“It will be summer time,” Johnson said. “No opponent yet. It’s gonna be July, August, summer time. I’ve got a couple trips and then I’ll be right back into training camp.”