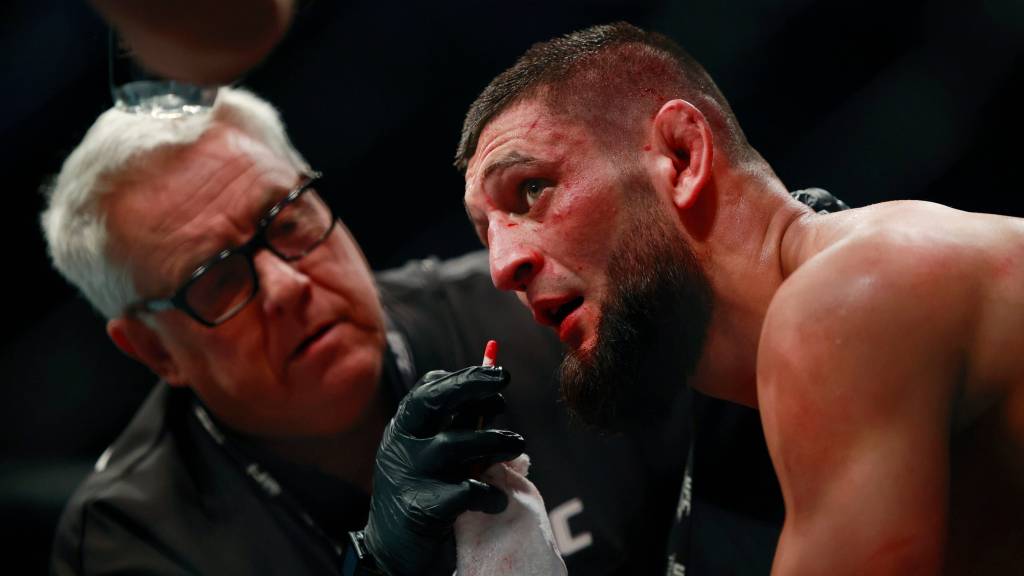 UFC welterweight champion Kamaru Usman thinks Khamzat Chimaev might’ve bought into his own hype a little too much.

For the first time in his UFC tenure, Chimaev (11-0 MMA, 5-0 UFC) faced adversity – a good amount of it – before outlasting Gilbert Burns to win a unanimous decision at UFC 273, but Usman credited him for the win regardless.

“You get a kid like this that comes in and has all this hype, and everyone is talking about him,” Usman told TMZ. “This is great. It’s great for the sport. It’s great for guys like myself. It’s very good.”

Until he faced Burns, unbeaten Chimaev had been nothing short of dominant. He went from absorbing one significant strike in four UFC fights to more than 100 against Burns, but Usman said Chimaev was bound to face a stern test at some point.

Chimaev’s unwavering confidence comes from his preparation, but Usman thinks the media has a large part to do with it, as well.

“I think it’s the media’s fault,” Usman said. “The media kind of builds you up, and then they drop you the moment that you don’t live up to that. If I had a word of advice for him, it’s just to not get caught up in that because it kind of seemed like that was starting to happen. Don’t get caught up in that because not every day is your day. At one point, someone’s going to come in, and it’s gonna be their day.”

Usman (20-1 MMA, 15-0 UFC) is expected to defend his title against Leon Edwards next but can see himself facing Chimaev down the line.

“He has gone out there, and he beat the No. 2 guy in the division,” Usman said. “He got the W, so it’s very difficult for me to say no, he doesn’t deserve anything. He’s gone up against Gilbert Burns and was able to go out there and do what he needed to do. I take nothing away from him. If that’s the fight then that’s the fight. If that’s not the fight then that’s not the fight. Right now, we’ve kind of got Leon Edwards sitting there.”