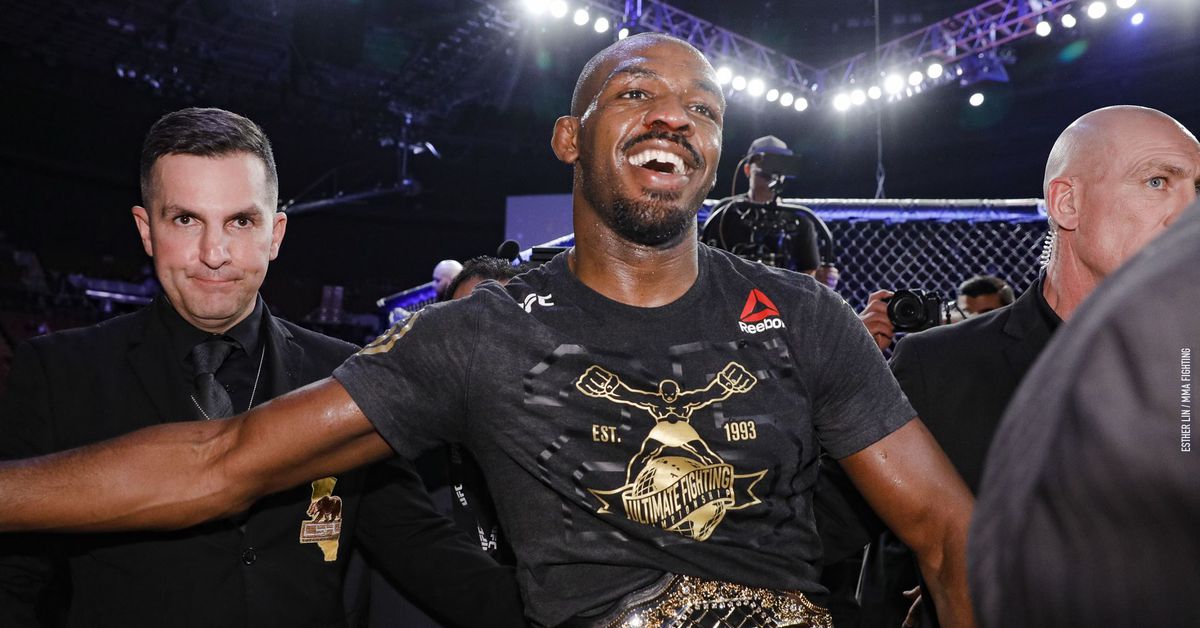 Jon Jones may be debuting as a heavyweight when he competes in the UFC again but that won’t stop him from being a heavy favorite in a potential matchup against ex-champion Stipe Miocic.

With UFC president Dana White revealing that he wanted to book Jones vs. Miocic later this year, presumably with an interim heavyweight title on the line, odds makers released the first odds for the proposed fight on Monday.

In the opening line from Sportsbetting.ag, Jones is listed as a 2-to-1 favorite over Miocic as he seeks to continue his dominant run through the UFC after previously serving as the longest reigning light heavyweight champion in company history.

Here are the opening odds for the potential fight:

Obviously the betting lines can shift depending on how wagers are made but odds makers are putting a lot of faith in Jones as he seeks to become the third fighter in UFC history to hold titles at both heavyweight and light heavyweight (Daniel Cormier, Randy Couture).

Jones hasn’t competed since 2020 when he last defended his 205-pound title in a close decision win over Dominick Reyes. He later relinquished that title as he prepared for a move up to heavyweight, although contract negotiations with the UFC have kept him sidelined longer than initially expected.

Meanwhile, Miocic is looking to get back on track after he suffered a knockout loss to Francis Ngannou in March 2021, which ended his reign as heavyweight champion. Miocic had initially hoped to earn a third fight with Ngannou after they split their previous two meetings but with the current heavyweight king out until 2023 following knee surgery, it appears a showdown with Jones might be the next best thing for his career.