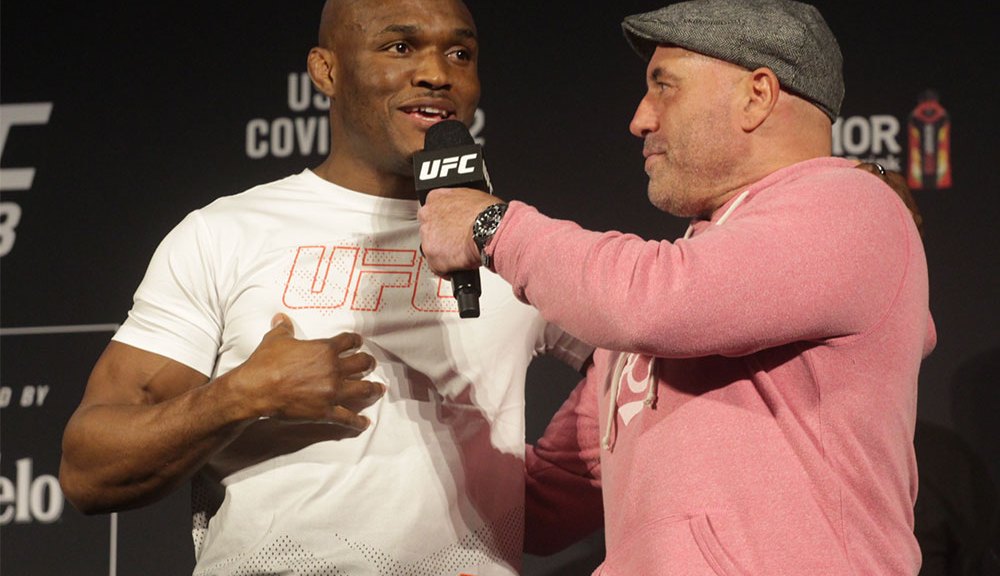 Usman (20-1 MMA, 15-0 UFC) has expressed his desire to box Alvarez on numerous occasions in recent months. UFC president Dana White has subsequently shut down the idea, noting that he thinks it would go badly for “The Nigerian Nightmare.”

UFC commentator, comedian and podcast host Rogan, however, sees the upside for Usman. He wants to see Usman make a big paycheck and thinks preparing for and fighting a world champion boxer would only benefit his overall ability as a combat sports athlete.

“I would like to see him fight Canelo. I really would,” Rogan said on a recent episode of “Hotboxin’ with Mike Tyson.” “Not because I think that he’s a favorite in a boxing match against one of the greatest boxers of all time, but I want to see him get a giant payday. The same way I would like to see (Francis) Ngannou fight Tyson Fury.

“That’s a way you can make a sh*t load of money, and I don’t think it damages his potential as a UFC fighter. I think it would be invaluable experience for him as a champion if he did have that fight and then came back over to MMA. I think he’d probably be even better as a striker if he gets through it relatively undamaged, even if he loses.”

Both Usman and Alvarez are ranked No. 1 pound-for-pound in their respective sports, and although Rogan acknowledges that it wouldn’t be an easy task for Usman, whose manager Ali Abdelaziz has predicted he would knock out the “coward” Mexican inside three rounds, he wouldn’t entirely count him out.

“He’s gonna feel some pain,” Rogan said. “It’s not the same sport, but he’s a dude that knows how to win. You have to understand this guy’s mindset. His knees are destroyed. His knees are f*cked, but he doesn’t care. He just doesn’t run, but he never runs out of cardio. Everything he does is just drive. It’s all plyometrics and all the strength and conditioning sh*t he does in the gym. He’s doing it with f*cked-up knees. All the wrestling drills, he’s doing it with f*cked-up knees.”

Usman is next expected to rematch Leon Edwards in summer, where he’ll look to notch his sixth title defense. In his most recent outing, Usman bested Colby Covington at UFC 268, outlasting his rival for a second time in another thrilling battle.