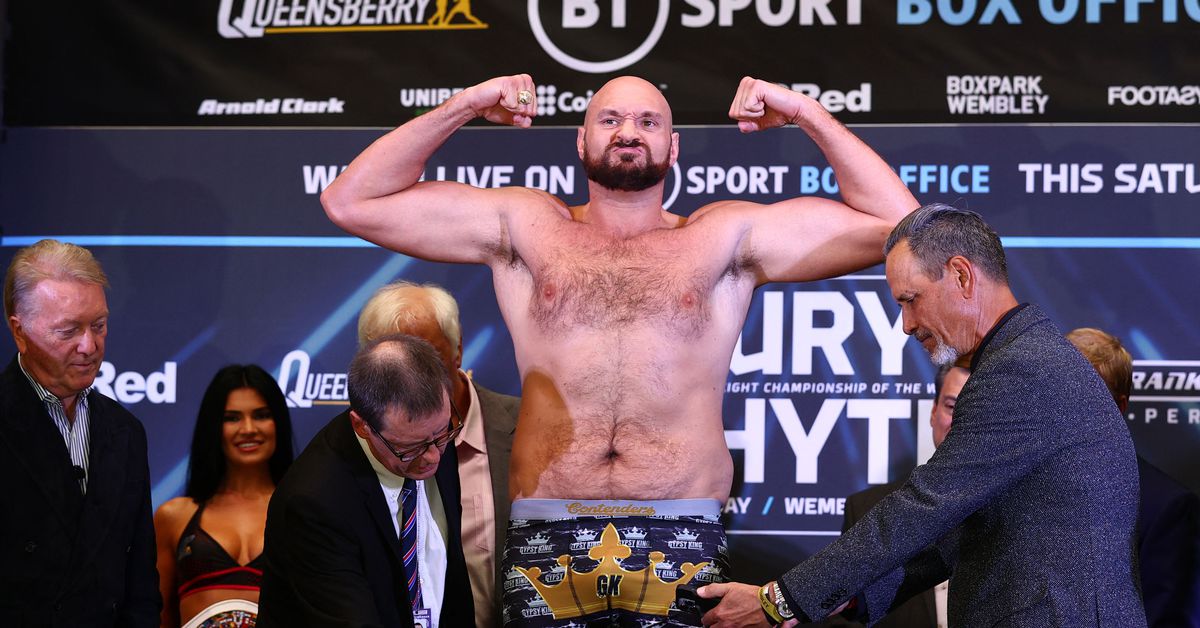 Tyson Fury is heading into the last fight of his storied career a few pounds lighter than usual.

The reigning, undefeated WBC champion weighed in at 264 pounds Friday for his main event title bout against No. 1 contender Dillian Whyte (28-2, 19 KOs). Fury (31-0-1, 22 KOs) and Whyte meet Saturday at Wembley Stadium in London in what is expected to be the final fight of Fury’s career.

Though Fury will have an 11-pound weight advantage over Whyte, he actually came in 13 pounds lighter than he did for his October 2021 trilogy bout with Deontay Wilder. On the other side, Whyte came in at 253 pounds, six pounds heavier than he did for his March 2021 rematch against Alexander Povetkin.

Following the official weigh-in, Fury addressed the crowd, which was decidedly in his favor.

“You know what, you guys are f****** unbelievable,” Fury said. “I’m so happy to be back here fighting at Wembley Stadium and you people made it happen, everyone one of you made it happen. I just want to say a big shout-out, respect to Dillian Whyte and his team. Proper professional men and we’re gonna give you a f****** real fight, don’t doubt us.

“We’re gonna put a show on like no other before, it’s gonna be a war, don’t worry about that.”