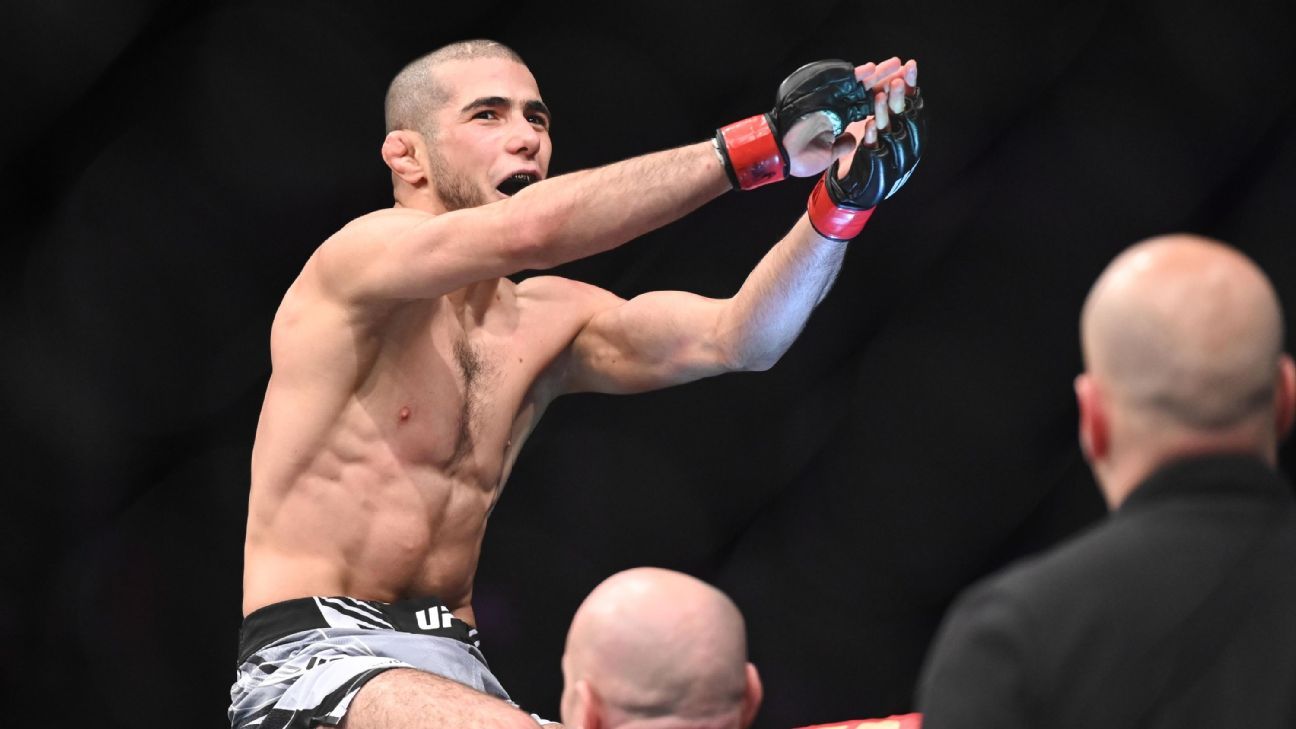 Muhammad Mokaev, one of the UFC’s top prospects, has booked his second appearance in the Octagon.

Mokaev, of Manchester, England, will meet Charles Johnson in a 125-pound contest on July 23 at a location to be determined, multiple sources told ESPN. The UFC has not officially announced an event on that date, but it is expected to be a UFC Fight Night.

Mokaev, 21, made his UFC debut last month in London, submitting Cody Durden in just 58 seconds. He was born in Dagestan, the same Russian region as retired UFC legend Khabib Nurmagomedov. His professional record is 6-0, and he went 22-0 as an amateur from 2015 to 2020.

Johnson (11-2) will be making his UFC debut. He won the interim flyweight championship in LFA 2021 and ultimately went 3-0 in LFA title fights before signing with the UFC. Eight of his 11 career wins have come by way of finish.

Mokaev, who arrived in the U.K. as a refugee in 2012, has been campaigning for his next fight basically since his debut ended. He has accused some of the UFC’s roster of avoiding a fight against him.

“Finally someone stepped up,” Mokaev wrote on Twitter on Thursday. “Crazy how many people in this game are scared but respect to the opponent for saying yes. I will smash him and then the guys in the rankings can’t run anymore.”