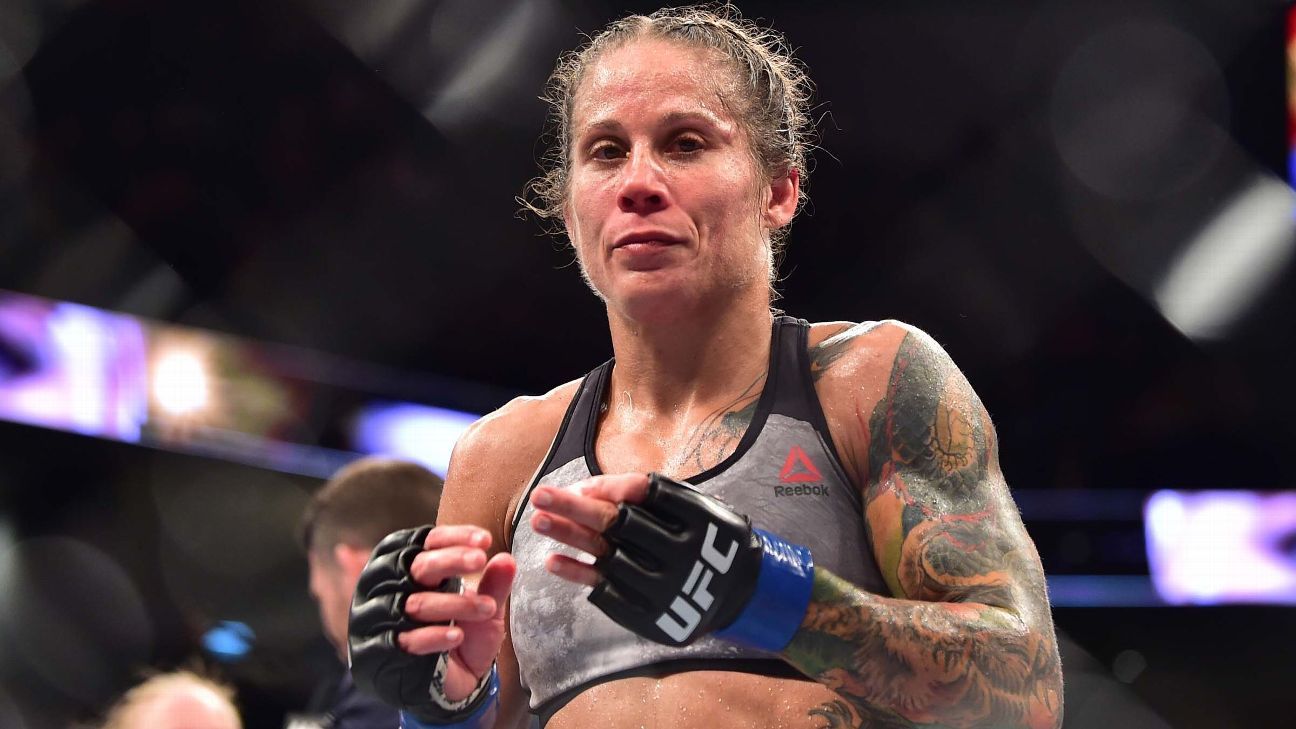 Liz Carmouche fought twice for a UFC title. In Strikeforce, she challenged for gold once. In each of those three opportunities, the women’s MMA pioneer came away emptyhanded.

Carmouche was finally able to exorcise her championship demons Friday night. She rallied for a come-from-behind TKO victory at 4:47 of the fourth round to beat the previously undefeated Juliana Velasquez and win the Bellator women’s flyweight title in the main event of Bellator 278 in Honolulu.

To make the moment even sweeter, the card was held at Neil S. Blaisdell Arena solely for military personnel and first-responders. Tickets were not available to the general public. Carmouche is a United States Marine Corps veteran.

“I’m so happy to do it here in front of all our troops, our first responders,” Carmouche said in her postfight interview.

Velasquez immediately protested the stoppage by referee Mike Beltran, himself a former Marine and current Los Angeles County Sheriff’s Department detective. Carmouche was in top position and caught Velasquez in a mounted crucifix, trapping Velasquez’s arms while she landed elbows. Velasquez still seemed to be defending herself, but Carmouche said she took no issue with Beltran’s stoppage.

“I know if she squirmed a little but more, I had some other answers for that,” Carmouche said. “They would have been really bad for her. So I’m glad he stopped it when he did.”

Coming in, ESPN had Velasquez ranked No. 6 in the world at women’s flyweight. Carmouche was unranked.

Velasquez had a strong first three rounds, using her long straight left to befuddle Carmouche. She dropped Carmouche with the left hand early in the second round and hurt her several more times. Carmouche was able to get takedowns in the second, third and fourth rounds, the latter leading to the finish.

Carmouche (17-7), who was the first fighter in UFC history to come out publicly as gay, has won four straight since signing with Bellator in 2019. The San Diego resident was released by the UFC following a loss to Valentina Shevchenko in a UFC women’s flyweight title fight in August 2019.

Velasquez (12-1) had won seven straight in Bellator and had one title defense, a victory over Denise Kielholtz last July. The Brazil native beat Carmouche’s longtime training partner Ilima-Lei Macfarlane to win the belt in December 2020. Velasquez, 35, who was looking to pick up a signature win against someone like Carmouche, has been in the cage with some of the best fighters in the history of women’s MMA.