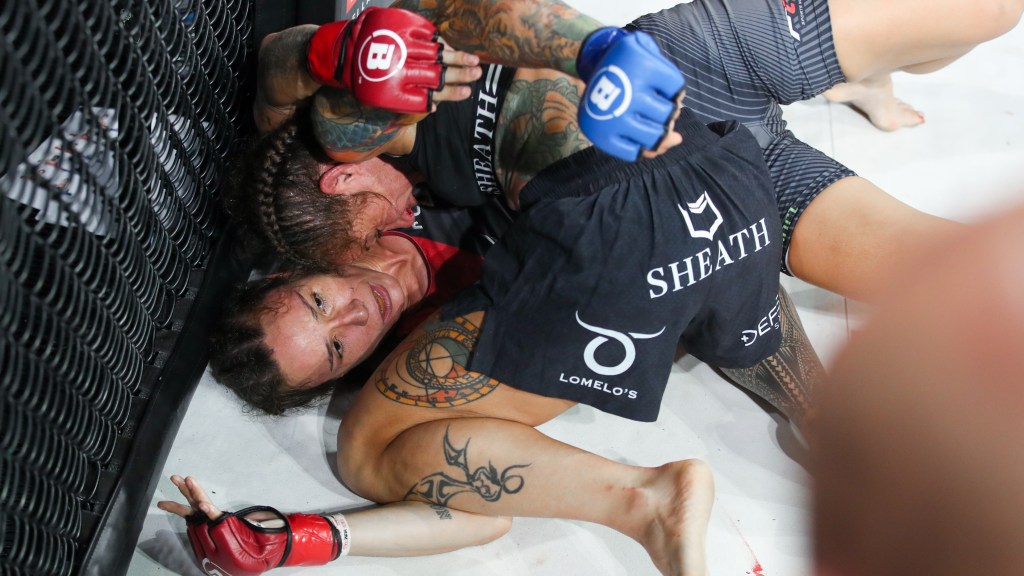 By Nolan King and Matt Erickson |

HONOLULU – Controversy was the center of attention during the Bellator 278 main event Friday when Liz Carmouche stopped Juliana Velasquez with strikes.

Early in Round 4, Carmouche (17-7 MMA, 4-0 BMMA) took the fight to the canvas, moved to the crucifix position and landed a series of short shots that were enough for referee Mike Beltran to jump in. Velasquez (12-1 MMA, 7-1 BMMA) publicly disputed the decision and called for a rematch, while Carmouche was dismissive and expressed interest in a new challenge.

When asked about the previous night’s main event ending, Bellator president Scott Coker weighed in after Bellator 279 on what he saw as a difficult decision for Beltran.

“I’m just glad I’m not a judge,” Coker said. “I would never want to be a referee or judge. That’s something that, hey, those guys are professionals of what they do at the highest level. We travel with the A-crew. He saw it how he saw it, and that’s something that you should ask him next time you see him.”

The past is in the past, but the Bellator brass is planning the future. Coker said the promotion is leaning toward a rematch, rather than a dismissal of the situation.

Bellator 279 took place Saturday at Neal S. Blaisdell Center as part of a two-night doubleheader for the promotion in the same venue.