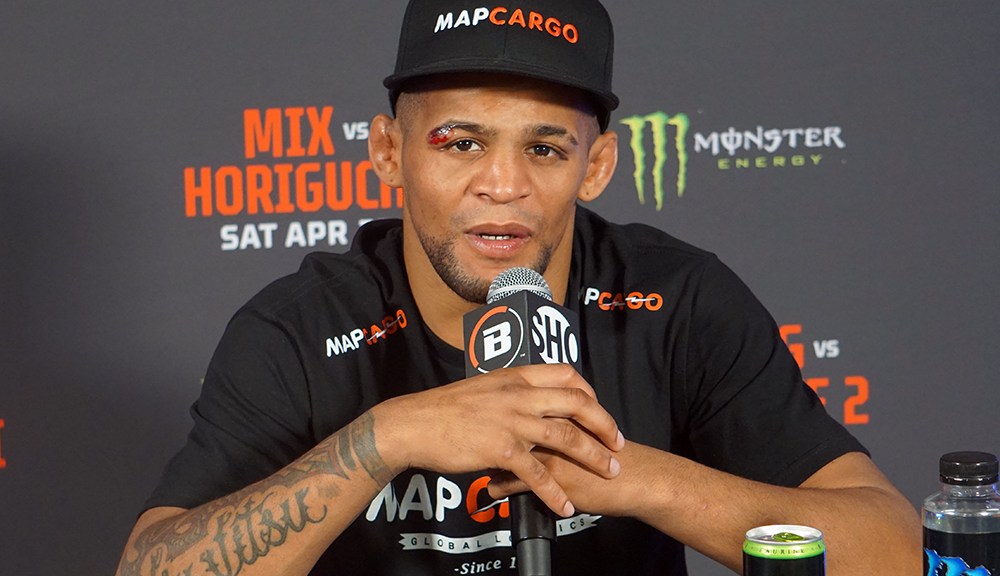 By Farah Hannoun and Matt Erickson |

HONOLULU – Patchy Mix is happy to add Kyoji Horiguchi’s name to his resume.

“This is his first fight outside of the Rizin, Bellator or UFC world title fight where he lost where it wasn’t a world title fight, so I’m glad to have that name on my record. It’s just so prestigious to me. I deserve it. I’ve been hunting this name since New Year’s in Japan and Rizin 20 (in Dec. 31, 2019), so now I’m here, I just beat, I think, the most recent Rizin world champion at bantamweight and the former Bellator world champion, so I’m happy I beat him in a world title setting, five rounds.”

Having already competed for Bellator gold and fallen short to Juan Archuleta in September 2020, Mix liked that he was able to log in the full 25 minutes to help him prepare for the championship setting of the grand prix.

Mix will face the winner of Enrique Barzola and Magomed Magomedov, who square off at Bellator 282 on June 24.