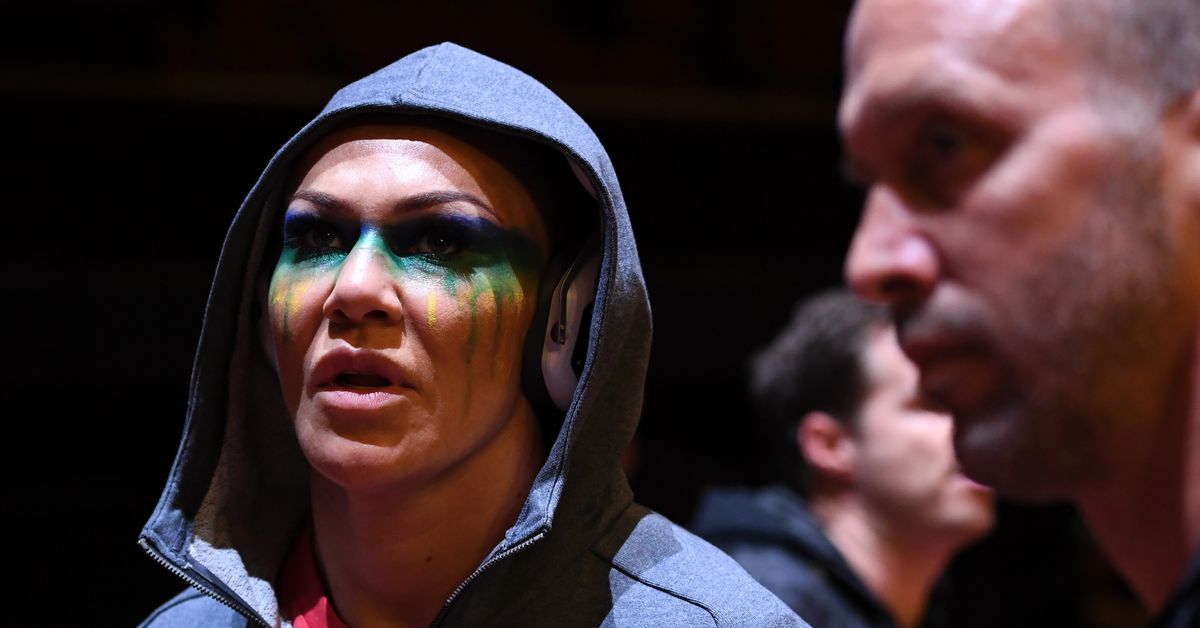 Add Cris Cyborg to the list of mixed martial arts (MMA) champions looking to crossover into the world of boxing.

Cyborg, who is widely regarded as one of the best female fighters in MMA history, successfully defended her Bellator MMA women’s featherweight title for a fourth time last night (Sat., April 23, 2022) at Bellator 279. The Brazilian veteran defeated Arlene Blencowe via unanimous decision in a rematch from their 2020 meeting, which Cyborg won by way of second-round submission.

It wasn’t a surprise to see Cyborg walk away with the victory considering she was a heavy betting favorite and has lost only to Amanda Nunes since her first pro fight back in 2005, but it was what the Brazilian champ said after the fight that has created some intrigue.

During Bellator 279’s post-fight press conference Cyborg discussed her next potential matchup and believes it will happen inside of the boxing ring. Cyborg has long hinted at a potential crossover matchup, but it became a little more real after last night’s victory.

“For me, my next fight I’d like to do a boxing fight,” said Cyborg (via MMA Junkie). “It’s been one of my dreams. Maybe it’s going to be the next one I’m working on. I don’t know. I don’t know who is going to be next or who Bellator will put in front of me – Cat Zingano, Amanda Nunes, Kayla Harrison. I like to be (on) the big shows for my fans and enjoy every time I step in there for the title.

Cyborg, 35, probably would not have been able to even think about a boxing crossover as a member of the Ultimate Fighting Championship (UFC) roster. But as one of the biggest draws for Bellator MMA and having such a good-standing relationship with Bellator president Scott Coker, Cyborg should be able to venture off into the world of boxing even though she’s under contract.

“I think that’s really going to be up to her,” Coker told MMA Junkie. “I’ll be honest with you and I don’t want to get into too much detail, but it’s always been an agreement that we’ve had with her that she can box at any time in our contract with her. She (could) box whether it was a year ago or eight months ago. She’s always had the ability to box in her agreement.”

What do you think, fight fans? Do you want to see Cyborg take a boxing match her next time out?

Cat Zingano: Cris Cyborg offer wasn’t on table – but I want to ensure drug testing if it happens
Sources: Young to replace Budd in Harrison bout
Charles Oliveira Stripped Of UFC Title After Historic Weight Miss | UFC 274 Reaction
Dana White open to Alexander Volkanovski’s request for champ-champ fight: ‘I’m down for whatever he wants’
How To Watch ‘Tsarukyan Vs. Gamrot’ Tonight On ESPN!