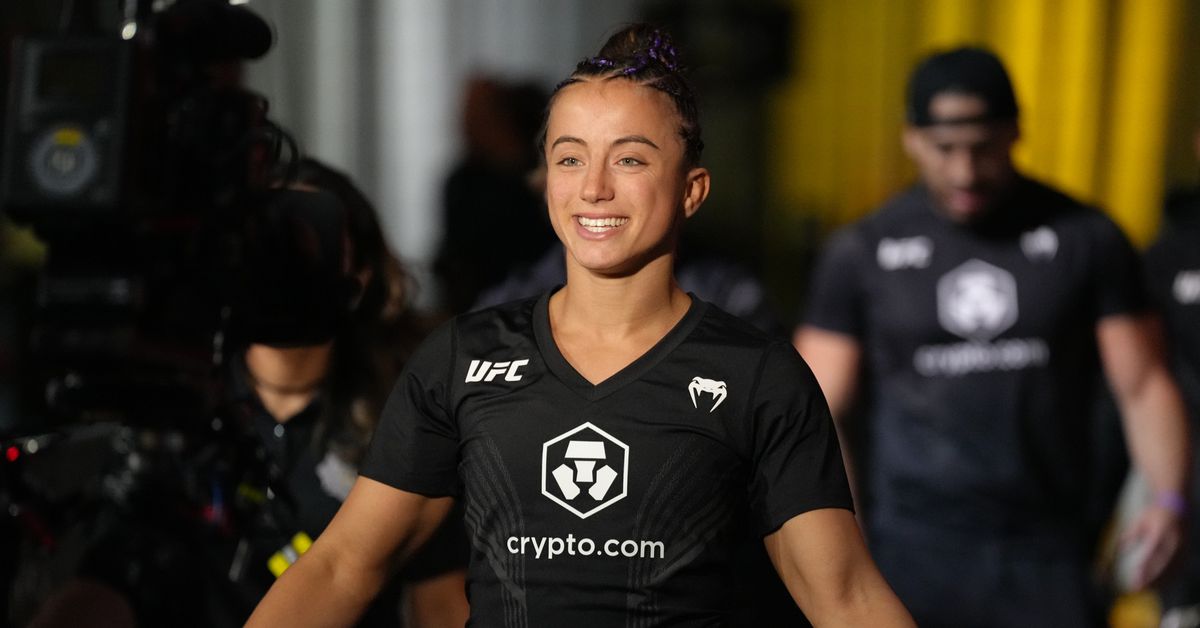 Maycee Barber is on a win streak again and she expects the good times to continue to roll.

Less than a month away from her 24th birthday, Barber was victorious at UFC Vegas 52 on Saturday, earning a convincing unanimous decision win over Montana De La Rosa. She has now won two straight since suffering back-to-back losses to Alexa Grasso and Roxanne Modafferi, and she spoke to the media backstage at UFC APEX in Las Vegas about the recent adversity she’s had to overcome.

“I feel like that was something that I’ve always had that fire in me,” Barber said. I’ve always wanted to be like I’m gonna go out here and dominate, finish, and beat these girls up and walk through and wreck them. Obviously, tearing my leg and tearing my ACL and then taking a loss, sometimes your light gets dim a little bit. But you know, my mom sent me a post, she’s like, ‘When it gets dark, that’s when stars shine the brightest.’

“So I definitely got to reignite that light and let it shine tonight and yeah, the old me it never left, it was just a little bit hidden, but it’s definitely starting to shine through a lot more now.”

What made Barber’s performance on Saturday even more important is the fact that her win over Miranda Maverick last July was highly controversial, with fighters and media questioning the judges’ decision.

Barber was asked how she deals with outside negativity and she pointed to her experience as a prospect that was put on a fast track to the UFC.

“I know I’m gonna be the best in the world,” Barber said. “It’s just sometimes things get a little bit more difficult. I’m not old, I’m 23, so I grew up in the UFC basically. This is my 13th fight. I had one amateur fight and then I went to pro and my whole goal was to get to the UFC so I knew that going through LFA and going through the Contender Series was to get to the UFC, so it was putting a bunch of pressure on myself.

Barber used to regularly boast that she would be the youngest champion in UFC history, a goal that is now out of reach, but she has no regrets about the first impression she made with the fans.