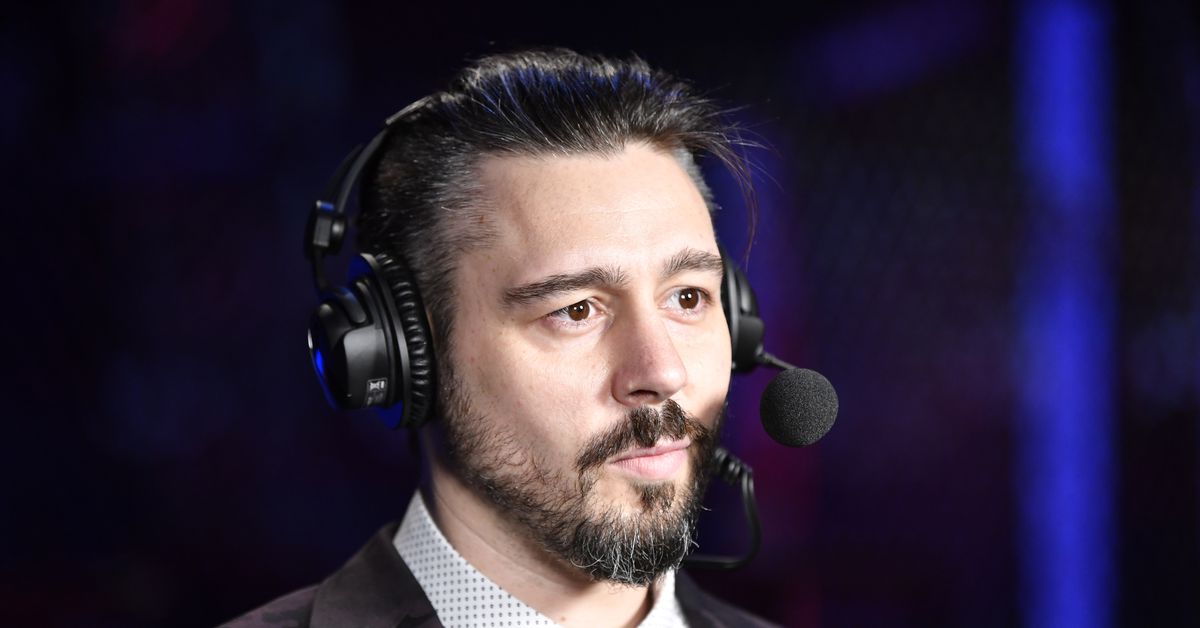 From Dan Hardy’s perspective, he could have fought Diego Sanchez in a cage or in a ring, with or without gloves. The reason he chose to do it in boxing under exhibition rules was about the relative risk to both combatants — and the payoff.

For all the bad blood Hardy believes Sanchez is carrying into their July 2 fight, he is well-aware how much damage the The Ultimate Fighter 1 winner has taken, and he believes a boxing match with shorter rounds, better padding, and a hefty payday is the fairest deal possible right now.

“I’m fighting him in 16-ounce gloves over two-minute rounds. Most likely, I’m going to stop him with shots to the body, and he’s going to remember going down to the canvas. I’ve got no interest in brutalizing Diego Sanchez, but we’re going to have a hard sparring match, and I’m going to try and hurt him as much as I can without doing permanent damage, and we’re both going to walk away with a lot of money in our pockets. We’re not going to have to worry about the s*** we got paid by the UFC. So this is a big turning point for both of us, and I think he’s just as grateful for this opportunity as I am.”

Hardy and Sanchez will face off at an expected weight of 185 pounds. (Hardy, who competed as an MMA welterweight during his UFC career, believes there is “couple-pound” allowance on either side, he said on The MMA Hour). The round length will not require sanctioning from the British Boxing Control Board, meaning neither fighter will need to seek a license, though Hardy said he’s undergoing a full battery of medical tests to make sure he’s fit to fight (a battle with Wolf-Parkinson-White syndrome famously stalled his UFC career). Knockouts will not be prohibited as in other exhibition contests seen stateside, and there will be no cap on weight gain on fight night.

Had Sanchez not performed competitively against Kevin Lee in the upstart MMA promotion Eagle FC, Hardy said he would’ve had second thoughts about the matchup. Sanchez wasn’t necessarily his dream opponent; a showdown with Tyron Woodley was at the top of his list. But he said the former UFC welterweight champ said no, as did ex-boxing champ Paulie Malignaggi, and Sanchez said yes.

Hardy joined in a chorus of MMA industry vets who expressed concern for Sanchez’s well-being during an infamous partnership with Joshua Fabia. Now that Sanchez has distanced himself from the self-appointed guru and resumed training with MMA veterans, he can more easily justify the violence on tap.

“I want him to remember when he hits the canvas that he shouldn’t have stepped in there with me,” Hardy said. “I’ve still got a mean streak even though I’m an analyst now. There’s still a fighter in me, and I’ve always liked the power of body shots. I used to stop people in muay Thai with body shots, especially if they’d been talking a lot of trash, because then they had to lay on the canvas while I got my arms raised as they couldn’t breath.”

The matchup is one Hardy said has been tossed around on several occasions as promoters approached with potential offers. But even before that, he said Sanchez targeted him after he gave an unflattering opinion about Sanchez’s evolution as an MMA fighter.

“He’s always had that berserker mentality, and I think it’s because he got such a rise from the fans that it encouraged him to do it more and more,” Hardy said. “I pointed this out in an interview, and ever since, he’s been very bitter toward me, and I’ve never meant to upset him. I just say what I see. And I’ve done the same thing about his old coach, the warlock, and that upset him as well. … He’s always been a little bit too sensitive to the words I’ve said, and maybe that’s why he wants to punch me in the face.”

That hasn’t translated into any confrontations outside the cage, Hardy said, but it will motivate both of them to put on a good show at the AO Arena, which hosts the hybrid boxing/music event headed by ex-boxing champ Ricky Hatton in Manchester, England.

Hardy remembers the time when Sanchez headlined the card in his second UFC fight, a fight with Rory Markham that served as co-main event (and yet didn’t make the event’s official poster). Hardy said he made $5,000 to show and $5,000 for his knockout win.

“Can you imagine how much the skin suits sitting cageside were making off the fact that I was selling all those tickets for them,” Hardy said. “That angers me right now. It angers me, the amount of money they’ve made off people like Diego, and these good promoters come along and put on shows and look after us in ways that we were never looked after by the promotion that was setting the stage for the sport as it is today. It’s embarrassing, to be honest.

“Look at Nate Diaz, for example. I know he’s making decent money with the UFC, but can you imagine what he’d be worth in a couple of fights outside the UFC. It’s crazy. And somebody’s making that money. We all know it — $175 million for Crypto.com [sponsorship], that money’s going in people’s pockets, and it’s not building the sport, and we all live off the sport. This is what we do and what we love, and there’s people skimming massive amounts of money off the top of it, and we’re all sitting here watching it.

“This is the turning of the tide when people like Diego and I, we make a bit of money toward the end of our career, because this is what we do, we’re prize fighters and people put a prize on the table – the one that’s standing at the end takes the prize. Then we move on and we open up our own gyms and keep this sport moving forward, because the skin suits at the top aren’t going to do it. They’re going to keep lining their pockets.”

Hardy, of course, won’t say how much he’s taking home for his fight with Sanchez. But after helping to build MMA in his native England, his pay grade is significantly higher than his early career.

“You could add all my paychecks together from the UFC and I’m still making more doing this,” he said.