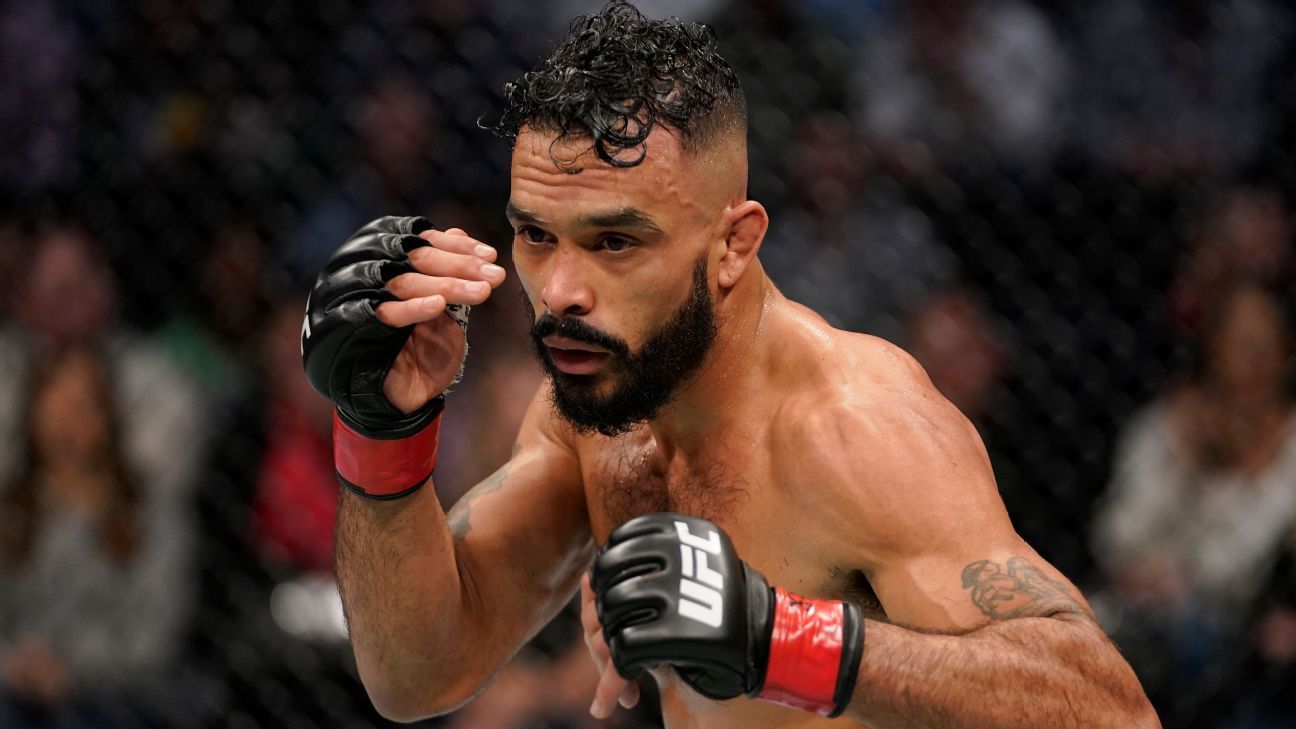 Rob Font and Marlon Vera are mired in a deep lineup of contenders in the UFC men’s bantamweight division, each looking to separate himself from the pack. They have a chance to do so on Saturday when they meet in the main event of UFC Fight Night in Las Vegas.

Font (19-5) was surging toward a title shot after defeating former champion Cody Garbrandt and onetime challenger Marlon Moraes, but his four-fight winning streak was halted in December by a loss to ex-featherweight champ Jose Aldo. Font is No. 6 in the ESPN men’s bantamweight rankings.

Men’s bantamweight contenders Rob Font and Marlon Vera meet on Saturday to determine who will make an upward move in the UFC hierarchy.

The 10th-ranked Vera (18-7-1) is coming off a big victory, a third-round KO of former lightweight champ Frankie Edgar in November. He has won eight of his last 10.

Saturday’s fights are at the UFC Apex, with the main card on ESPN and ESPN+ at 7 p.m. ET and prelims on ESPN2 and ESPN at 4:30.

Watch the main card on ESPN and prelims on ESPN2: WatchESPN | TV schedule

Vera, a notoriously slow starter, had to dig deep and come from behind to win his last fight against Edgar. So a five-round main event will be beneficial to Vera’s style, but against Font he will need to get going early. If Vera cannot get his calf kicks going, I think Font’s striking and, if the fight hits the ground, top control can present a problem for Vera.

For Parker’s main event pick and advice on other fights on Saturday’s card, check out the ESPN+ expert picks and best bets article on Thursday. It also features analysis by Ray Longo, lead coach at LAW MMA, and betting expert Reed Kuhn.

Video: ‘Bigfoot’ Silva KO’d For Fifth Time In A Row
Rise of Shavkat Rakhmonov
Jiri Prochazka Realizes Tapping Was ‘Very Dangerous’ at UFC 275 – MMA Fighting
Michael Bisping: Conor McGregor had a crazy run, but doesn’t go down as one of the featherweight greats
Video: ‘Cowboy’ Donald Cerrone’s most memorable moments