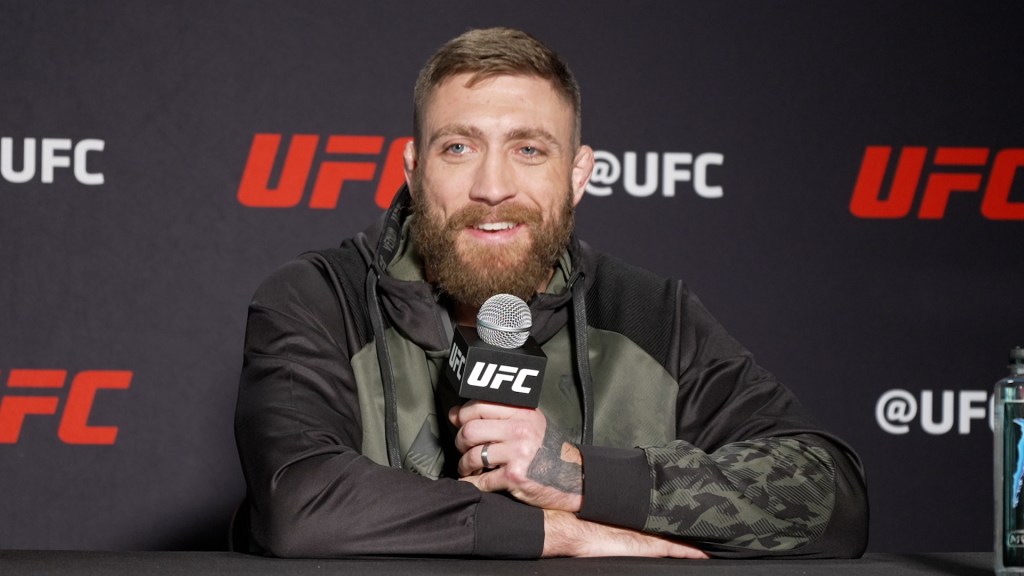 By Matt Erickson and Ken Hathaway |

LAS VEGAS – After years fighting some of the middleweight division’s top contenders, Gerald Meerschaert was up and down.

The losses over a couple years came to names like Jack Hermansson, Kevin Holland, Ian Heinisch and Khamzat Chimaev – no shame among that lot.

But now he’s on a three-fight winning streak, all by submission – but against opponents who might not be as big of names: Bartosz Fabinski, Makhmud Muradov and Dustin Stoltzfus.

Saturday, things go back to some bigger names, though, against Krzysztof Jotko. But Meerschaert said he’s not the type who needs to call out the monster names at middleweight.

“Get me on the Sean O’Malley plan,” he said at Wednesday’s media day. “I want the worst guys possible for the most money. That’s what I’m here for – to make a living. Once I’m ready to get the title shot, then we can talk about that. Until then, I want all scrubs.”

Check out Meerschaert’s full media day interview in the video above.