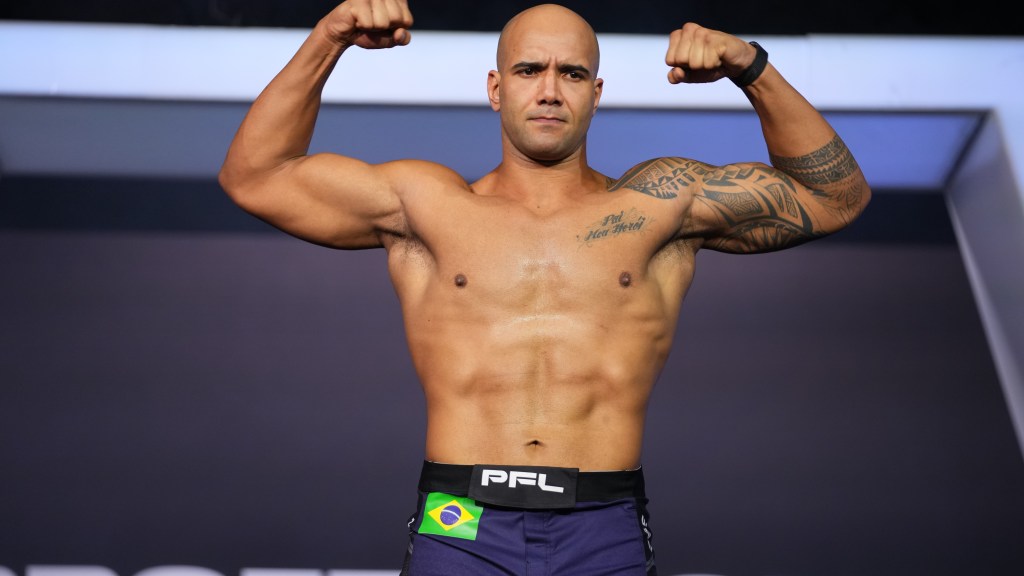 Bruno Cappelozza won the whole shebang in 2021 and now he’s one step closer to repeating.

In the 2022 PFL 2 main event, Cappelozza (15-5) ground-and-pounded his way to a first-round TKO victory over Stuart Austin (15-8) at the 4:24 mark. The event took place Thursday at Esports Stadium in Arlington, Texas.

There was some brief clinching early in Round 1 before they separated. In response to pressure by Cappelozza, Austin shot for a takedown at around two minutes into the round. Cappelozza reversed and separated. A big overhand right stunned Austin, who tried to grab a leg. Cappelozza ended up on top, worked his way to mount, and finished the fight with punches.

The win earned Cappelozza six points in his season debut and extended his winning streak to five, with four knockout victories and a 2021 tournament title clinched over the course of the streak. Meanwhile, Austin enters a two-fight skid and has lost three of his most recent five fights.