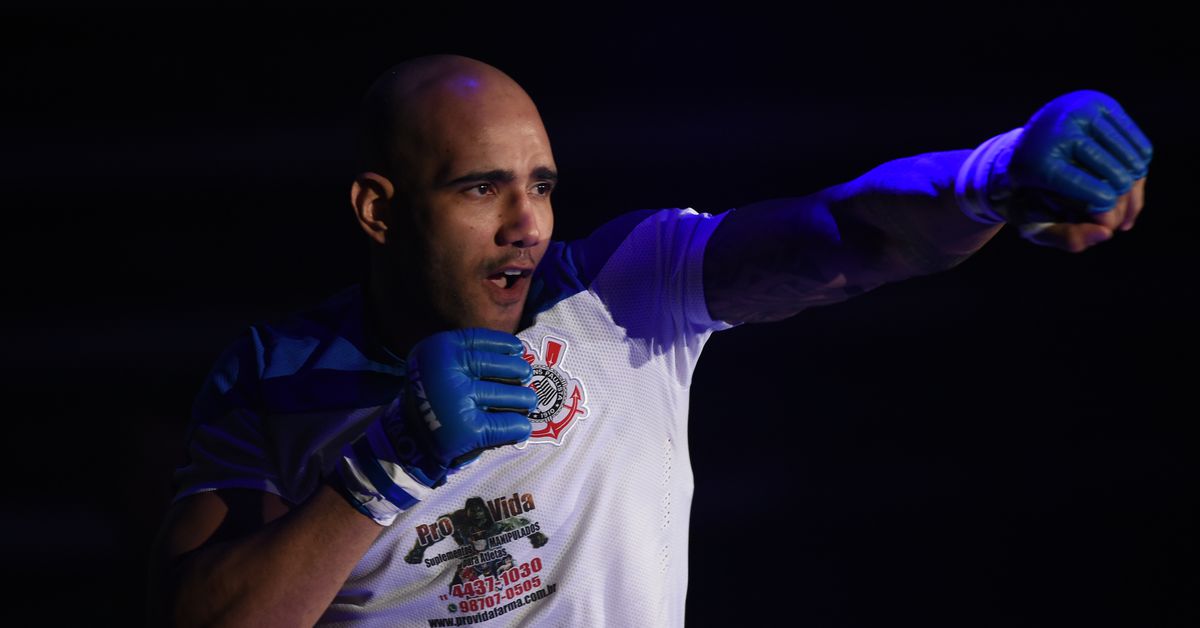 The second event of the Professional Fighter’s League 2022 season wrapped up just moments ago, headlined by a Heavyweight clash between last year’s winner Bruno Cappelozza and veteran Stuart Austin.

This one didn’t last too long.

Cappelozza started the fight strong, chopping some early low kicks before landing a big right in an exchange. The fight moved into the clinch from there, with Cappelozza scoring a couple brief takedowns with trips. When the two separated, Cappelozza sent his opponent stumbling with another big right hand.

Stuart tried to dive towards the legs, but he wound up on his back. Cappelozza passed into mount soon afterward, releasing a flurry of punches to secure the first-round stoppage win, as well as six points in the 2022 season.

Check out the highlight clips below courtesy of PFL:

At the moment, I’m still waiting to hear back on a new opponent. I’ve accepted one, but nothing is confirmed. The plan remains to compete on May 28, but well, MMA …

Now, this is a rumor based on a recent Zabit Instagram post, so don’t take it as confirmed fact …

The news has cast further doubt on whether the athlete will ever make a return to the UFC octagon.#VMTV #UFC #MMA #MMATwitter pic.twitter.com/3lQfpSInQH

A major blow to one of Flyweight’s best prospects …

Casey O’Neill is out of her upcoming fight against Jessica Eye after tearing her ACL.

Really unfortunate news. With surgery, she’ll likely be looking at an early to mid 2023 return. https://t.co/Z2NYrnpzvA

Seems like an odd time to be flying to Russia to fight in a regional show anyway, does it not?

Per ACA: Luis Peña will no longer fight Eduard Vartanyan at #ACA139 on May 21st. ACA states that Peña has difficulties to get clearance to flight and fight in Russia. Vartanyan will get a new opponent.

Kyle Dake denies an inside trip with authority:

In case anyone was wondering how BJ Penn’s appearance on the Joe Rogan Experience went, these clips paint a picture.

BJ: The Hawaii Department of Commerce and Consumer Affairs is too slow.

Rogan: Why is that?

It was just recently announced that Khusein Askhabov will be fighting Herbert Burns in July in UFC. Here’s a quick clip of the Russian in action:

variety of different takedowns in his arsenal. On the ground he’s not devestating ground & pounder, but he does damage (doesn’t just stay active enough not to get a stand up by ref). Won’t chase submissions but if he sees an opportunity he’ll gladly take it. On the feet he can be pic.twitter.com/rvxvr4zJDM

The two words atop this video really say it all.

Loman got his head off the center line and let his opponent walk into this one!

I can think of more efficient uses of $800 to travel, but this is neat!