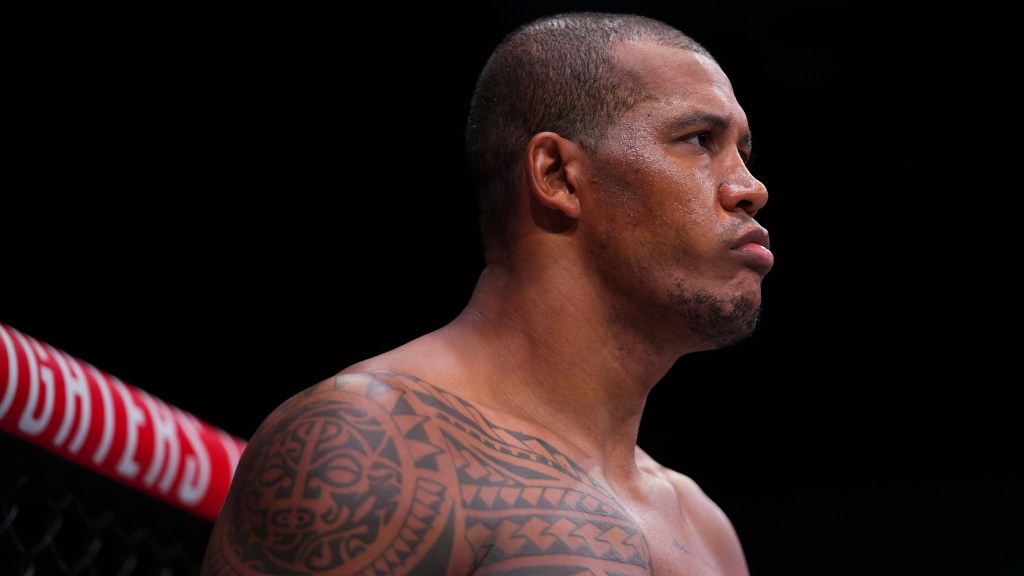 ARLINGTON, Texas – If Renan Ferreira wanted to put his name atop the list of heavyweight contenders for Bruno Cappelozza’s throne, consider the job done.

Ferreira (9-2) took out Jamelle Jones (12-8) in just 25 seconds Thursday at the PFL’s second event of the regular season. It was a heavyweight record for the promotion’s fastest finish. Ferreira threw a knee early in the fight, and his shin connected on the left side of Jones’ face and jaw. A few punches on the canvas later, and Ferreira was in the records books.

Ferreira fell short of the 2021 PFL postseason in part because his first fight in the regular season, against former UFC heavyweight champ Fabricio Werdum, went all kinds of sideways.

Ferreira originally won with a first-round TKO. But when it was decided replays showed him tapping to a triangle choke missed by referee Keith Peterson, his win was flipped to a no contest. With no points from that fight and just three from a unanimous decision his next time out, Ferreira was left out of the four-man postseason bracket.

If given a chance to run things back with Werdum, who has decided he’ll likely come out of retirement, he’d take it. But he’d take anyone as long as he gets some redemption from 2021 and makes the postseason.

“I respect Fabricio an awful lot, but it’s my time,” Ferreira said. “I feel like this is my moment to shine. If we run this one back, I’m sure I’ll leave with the win again.

“Whoever the PFL puts in front of me, they’re going to have a tough task ahead of them. Cappelozza’s a tough opponent. He’s very aggressive. Should this fight happen, I know it’d be a war. It’d be a great bout, and I’d give my all to leave the cage with a win.”

The 32-year-old Ferreira’s quick win over Jones comes on the heels of a 31-second finish he had against Stuart Austin this past August. Those two results likely have the rest of the PFL’s heavyweights raising an eyebrow at the prospect of stepping in against him.

Couple that with an apparent boost of confidence and comfort, and Ferreira could be the 2022 season’s most dangerous heavyweight.

“I feel at home,” he said. “I’m extremely grateful to the PFL for giving me this opportunity. Rest assured, I’m here – and I’m here to be the champion. (I’m) a perfect example of hard work pays off. Last season, we had a couple hiccups that kept us from making it to the playoffs. But this year, rest assured, the belt is mine. I’m in great shape. I feel great. Whoever’s across the cage from me will have a tough task.

“This is just a consequence of the hard work. This comes with it. I guess the record I’d like to beat now is on the money side of things.”