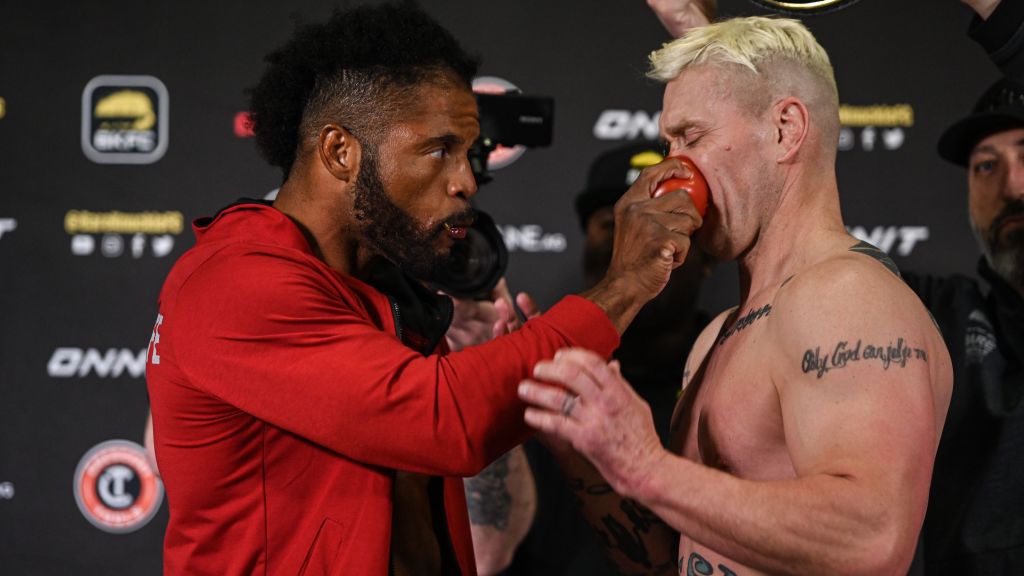 Combat sports fans have often seen props, including food, at ceremonial faceoffs. The big fear by promotion operations staff and security usually is they’ll be turned into weapons, which they seldom, if ever, actually are.

At the BKFC 24 ceremonial faceoffs Thursday, however, that fear became a reality. A tomato prop weaponized as light heavyweight champion Lorenzo Hunt bashed the half-eaten fruit into the grill of former UFC fighter and next title challenger Joe Riggs.

The two fighters were immediately separated before things escalated further. Unhappy as ever, Riggs got a verbal rebuttal in and called Hunt a “c*nt.” Meanwhile, Hunt found his stunt hilarious and cackled at Riggs from a separated distance before he played to the small crowd in attendance.