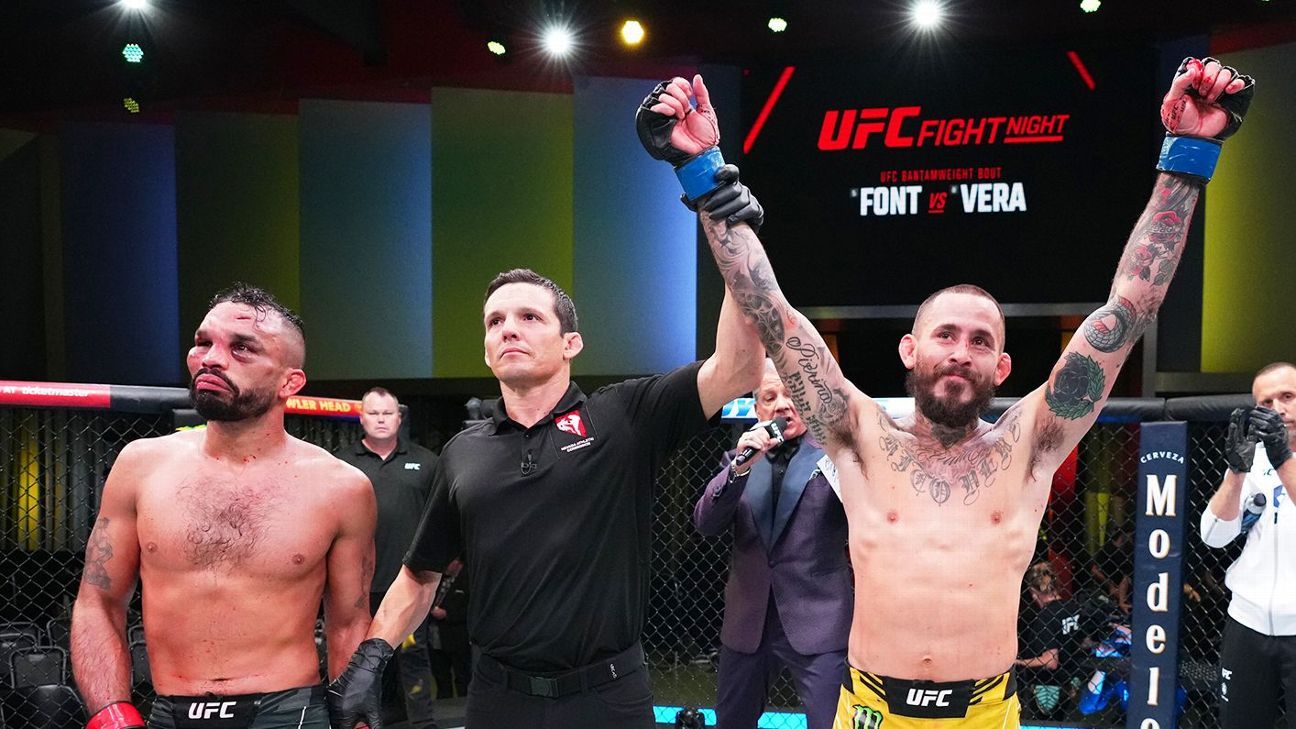 LAS VEGAS — Marlon Vera was feeling it on Saturday — and it might be time for the UFC’s bantamweight division to take notice.

It’s arguably the biggest win of Vera’s career. The 29-year-old has had plenty of success in the UFC, compiling a 13-6 record since 2014, but he has struggled at times to put together the kind of run or signature win that would vault him into title contention. That changed on Saturday.

“I feel today, something my coach always says, ‘My mind is catching up to my body,'” Vera said. “It’s been a long road, long journey. But hard work … hard work.”

In reality, a stoppage Saturday probably would have been better for Font, who showed otherworldly toughness but turned into a sitting target for Vera as the fight progressed. Font had success pressuring Vera with his boxing combinations, but Vera responded with devastating kicks any time he had space.

Vera dropped Font with a left hook in the final seconds of the second round, and Font was saved by the bell. The same happened in the third round, after Vera dropped him with a knee. In the fourth, it was a wicked head kick from Vera that dropped Font for the third time.

It was the most knockdowns Font has ever suffered during a fight in his career. His entire face was a bloody, swollen mess by the fifth.

Font actually outlanded Vera in total strikes by a considerable margin, 223-134, but there was a visible difference in the weight of the shots.

Vera, who is from Ecuador, has won three in a row. His last loss came against Jose Aldo in December 2020. He knocked out former lightweight champion Frankie Edgar last November.

Font lost for the second time in his past two fights. He also lost to Aldo in December.