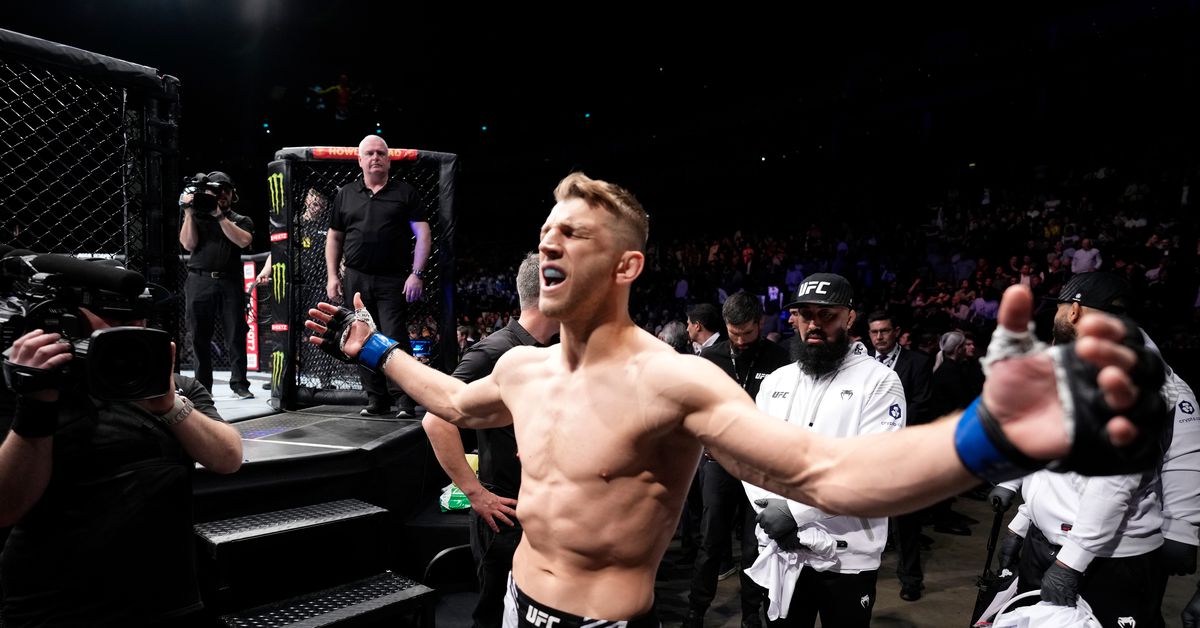 “The Hangman” revealed to Submission Radio that he is returning to the UFC’s lightweight division after a brief stint back at the 145-pound division. Hooker took on Arnold Allen at UFC London in March and was finished in the first round. When asked if he would give try again at featherweight, Hooker didn’t hesitate to show his lack of interest.

“Oh, f*** no, I couldn’t make featherweight if I wanted to,” Hooker said. “I’m closer to middleweight than I am to featherweight.

“Put a fork in it, bud, I’m out of the conversation [at featherweight].”

Hooker said that he made the decision after taking some time off to recover from his loss to Arnold and realized that he put on a few more pounds than expected.

As far as a timetable goes for his next bout, Hooker is playing it by ear. The 32-year-old is in dire need of a victory having been stopped in two straight, and suffering defeats in four of five most recent appearances.

But ever the gamer, Hooker is always down to face the fighters in his division that nobody else seems to want to share the octagon with.

“I’m just chilling. I should have a good amount of time off, I should just have a good reset,” Hooker explained. “That’s one thing I realized as well: I’ve just been kind of chasing my tail the last couple of years. I’ve just put the shovel down. I’m still in like shovel down mode. I’m thinking, f***, how do I get out of this situation? We’ll see, maybe when the UFC comes a little bit closer [in location to me].”

“It’ll be [against] whoever it’s going to be. Obviously, I have my inklings, but it’ll be like all those other situations. You run back and you look at who I’ve fought, you just look at the division and ask yourself, ‘Who don’t people want to fight?’ That’s who I’ll probably end up fighting. Who’s getting turned down left right and center? That’s who I’ll fight next. So, you can take a look at the division, ask yourself who doesn’t anyone want to fight, that’s the guy.