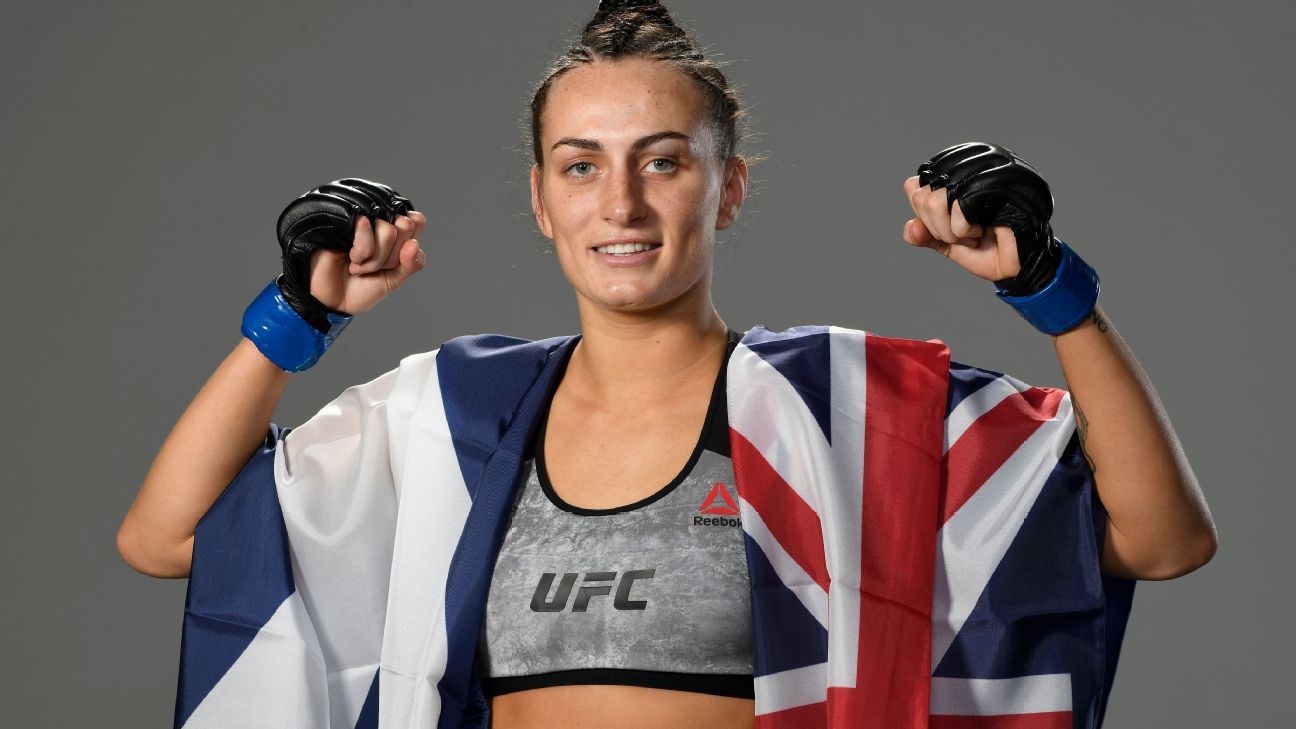 One of the most promising women’s MMA fighters in the world is going to be on the shelf for some time.

Casey O’Neill, a top prospect in the UFC’s women’s flyweight division, has suffered a torn ACL, will need surgery and is out for an undetermined period of time, she announced Thursday on social media.

O’Neill was scheduled to fight former title challenger Jessica Eye at UFC 276 on July 2, but was forced to withdraw because of the injury.

“I’ve spent the past 7 days trying to continue on but it’s just not possible on a fully torn ACL,” O’Neill wrote on Instagram. “I will have surgery, recover and be back better than ever before you know it.”

O’Neill (9-0) is coming off a split decision win over women’s MMA pioneer Roxanne Modafferi in Modafferi’s retirement fight at UFC 271 in February. The Scotland-born O’Neill, nicknamed “King Casey,” lives and trains in Las Vegas and is 4-0 in the UFC with three finishes.

O’Neill had a chance against Eye to vault herself into title contention, but that will have to wait.

“I am 24 years old and young in this game,” O’Neill wrote on Instagram. “I promise you I will be back better than before and the King is still coming for her crown.”