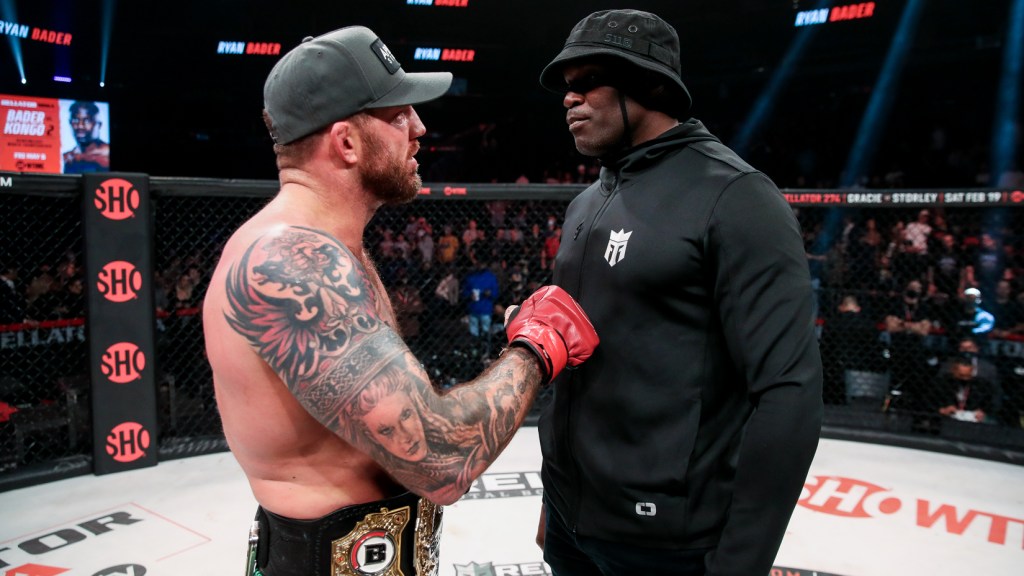 It took almost three years for Cheick Kongo to get his rematch with Ryan Bader, but his frustration eventually faded with time.

Kongo’s first meeting with Bader in September 2019 ended in a no contest, when he was accidentally poked in the eye in Round 1 and rendered unable to continue. At the time, Kongo was unhappy with the comments Bader made as indicated that he never actually poked him in the eye. But a few years later, Kongo now says there’s no bad blood between them, and it was merely disappointment that he wasn’t awarded an immediate rematch.

“It’s been a while,” Kongo said during a virtual Bellator 280 news conference Wednesday. “I didn’t have anything against him, but I was quite frustrated to not be able to explain and be here. I didn’t have the ability to express myself. … It was a big deception to be shut off.”

He continued, “I still have a bitter taste, but I’m good. Finally we make it. I didn’t have to use that long road.”

Kongo explains that it was Bader’s initial reaction and denial to poking him in the eye that irked him.

“It’s always been a competition,” Kongo said. “I let the trash talking and the bad blood on the side. … He didn’t do very well in the first one, and he was claiming, ‘Oh, I didn’t do anything, blah, blah, blah and recently he used to assume ‘I probably did it, but if I did, it was an accident. It wasn’t on purpose.’”

Kongo has since dropped a split decision to Timothy Johnson, followed by a submission win over Sergei Kharitonov at Bellator 265, which earned him a second crack at Bader. If he beats Bader, the 46-year-old Frenchman will have the opportunity to become the oldest first-time champion in a major MMA organization.