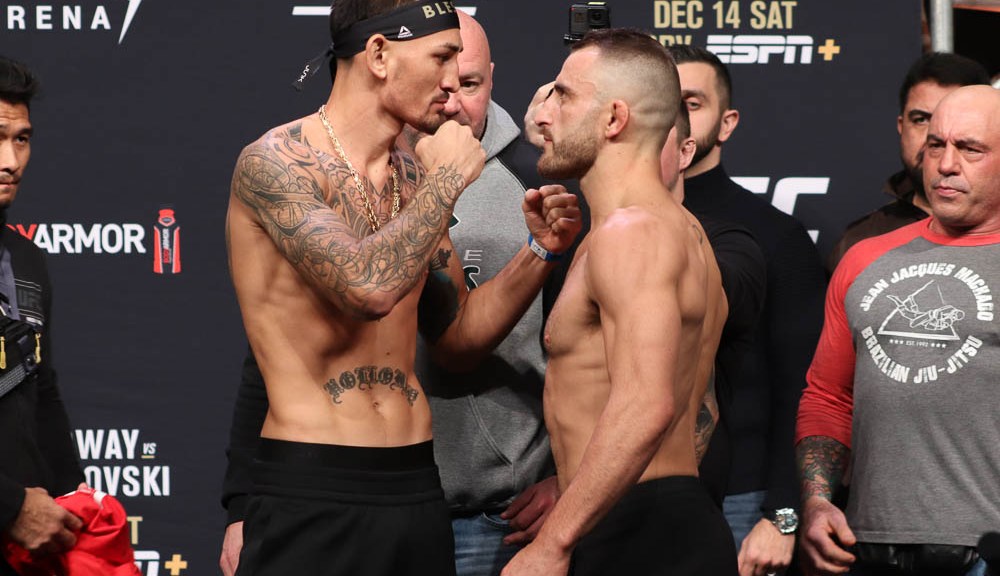 By Farah Hannoun and Mike Bohn |

Alexander Volkanovski will look to go 3-0 against Max Holloway when the pair square off this summer.

On Thursday, MMA Junkie confirmed that verbal agreements are in place for featherweight champion Volkanovski to face Holloway July 2 at UFC 276, which takes place at T-Mobile Arena in Las Vegas. Ariel Helwani was first to report that the bout is in the works for July.

Volkanovski (24-1 MMA, 11-0 UFC) was scheduled to face Holloway for a third time at UFC 272 in March, but Holloway withdrew due to injury. Instead, Volkanovski faced Chan Sung Jung one month later at UFC 273, dominating “The Korean Zombie” for a fourth-round stoppage win.

Meanwhile, former featherweight champion Holloway (23-6 MMA, 19-6 UFC) rebounded from his second straight title fight loss to Volkanovski at UFC 251 with back-to-back Fight of the Night wins over rising contenders Calvin Kattar in January 2021, and most recently Yair Rodriguez this past November in the UFC Fight Night 197 headliner.

Volkanovski, No. 4 in the latest USA TODAY Sports/MMA Junkie pound-for-pound rankings, took the belt from No. 13 pound-for-pound Holloway with a unanimous decision at UFC 245 in December 2019.

With the addition, the UFC 276 lineup includes: