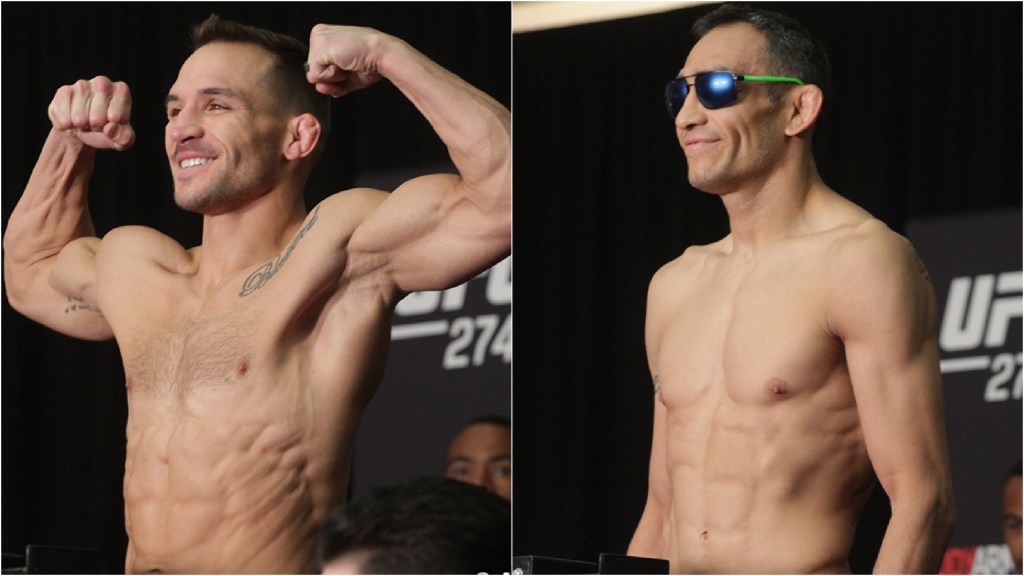 By Mike Bohn and Ken Hathaway |

PHOENIX – A massive lightweight fight is now official for UFC 274 after Michael Chandler and Tony Ferguson successfully made weight.

Chandler (22-7 MMA, 1-2 UFC) and Ferguson (25-6 MMA, 15-4 UFC) both stepped on the scale at Friday’s official weigh-ins, and as has been a trend throughout their respective career, there were no issues hitting the contracted limit.

Former Bellator champ Chandler registered at 156 when he stepped on the scale. Former interim UFC titleholder Ferguson, meanwhile, weighed in at 155.5 pounds.

Check out the video above to watch Chandler and Ferguson weigh in for UFC 274.