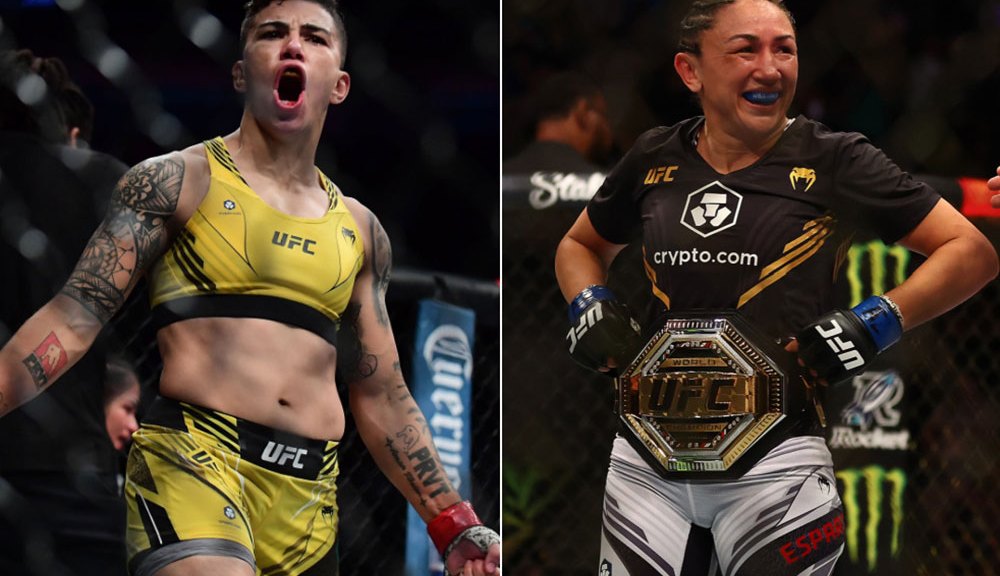 Count Jessica Andrade among those who weren’t impressed with the UFC 274 co-main event – and specifically Carla Esparza’s role in it.

Esparza became a two-time strawweight champion after winning a split decision against Rose Namajunas on Saturday at Footprint Center in Phoenix. The fight was mostly dull, with both women hesitant to engage over the course of 25 minutes. In the end, Esparza did enough to win the rematch by scores of 47-48, 49-46 and 48-47, much to the chagrin of Namajunas.

The fight was so lackluster that UFC president Dana White said he was “zoning out” halfway through.

Andrade was more blunt in her assessment, calling the Esparza-Namajunas fight “the worst in strawweight history.”

“I take advantage that you didn’t block me on twitter,” Andrade tweeted. “I want to say that your fight yesterday was the worst in strawweight history, champion of boredom, I can’t wait to rip your head off. congratulations on the boredom belt, but fans of this sport want to see a massacre,I’ll do!”

Andrade, a former UFC strawweight champ, returned to the division two weeks ago after a three-fight stint at flyweight that included a title-fight loss to Valentina Shevchenko. After her historic standing arm-triangle submission of Amanda Lemos at UFC Fight Night 205, Andrade made it clear she’s on a quest to reclaim 115-pound gold.

Andrade reentered the official UFC strawweight rankings at No. 5 after defeating Lemos. It might be too soon for her to get a title shot as White said after UFC 274 that next month’s UFC 275 rematch between ex-champs Joanna Jedrzejczyk and Zhang Weili could be a No. 1 contender fight.