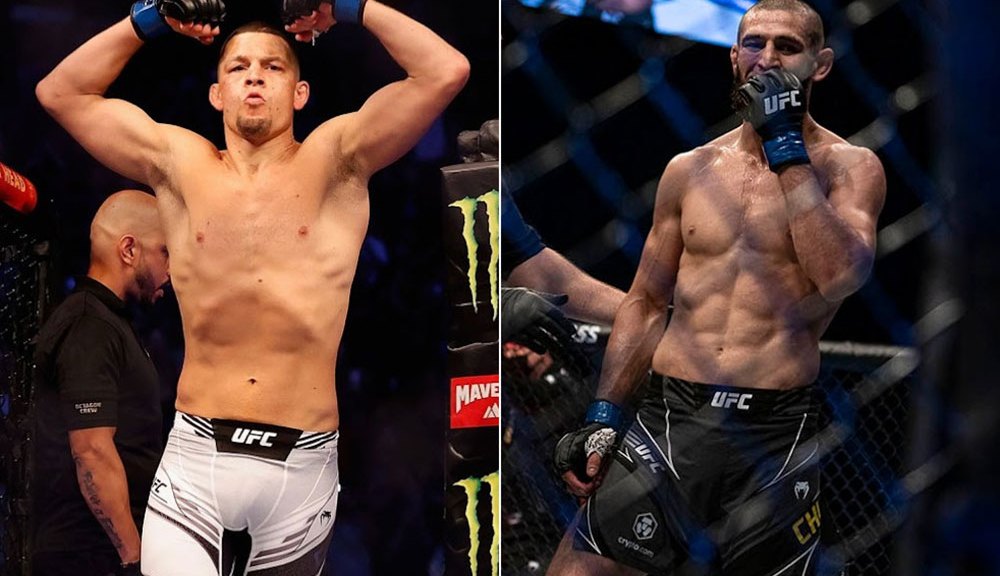 By Farah Hannoun and Ken Hathaway |

The UFC’s matchmaking board could be seen in a recent interview White did during UFC 274 fight week, and one of the promotion’s planned matchups is a welterweight bout between Chimaev and Diaz.

When asked if that’s a fight the UFC is interested in putting together, White said yes, but responded “I don’t know” as to whether or not it had been offered to Diaz before Saturday.

Diaz recently has expressed his frustration with the UFC. With one fight left on his contract, the Stockton, Calif., star stated that he’s fed up waiting for a fight. Diaz on Sunday tweeted the date July 30 for a fight at welterweight, but doesn’t seem keen on a Conor McGregor trilogy or unbeaten Chimaev.

“Kamzits and Conor are on the injured p*ssy list so I don’t know why they’re talkin sh*t when they broken.”

Chimaev responded, implying that Diaz has turned him down on multiple occasions.

“B*tch you’re not ashamed to open your mouth at all you refused a fight 10 times @NateDiaz209.”

It’s not the first time the UFC has tried to put together Chimaev vs. Diaz. Initially, Diaz was linked to a bout with Dustin Poirier, a fight both he and Poirier were interested in. However, for unknown reasons, the fight never materialized, and White turned his attention to Diaz against Chimaev, but Diaz viewed that offer as a sign of disrespect.

Diaz hasn’t competed since UFC 263 last June when he lost a unanimous decision to Leon Edwards in a fight he almost rallied to win late in Round 5.