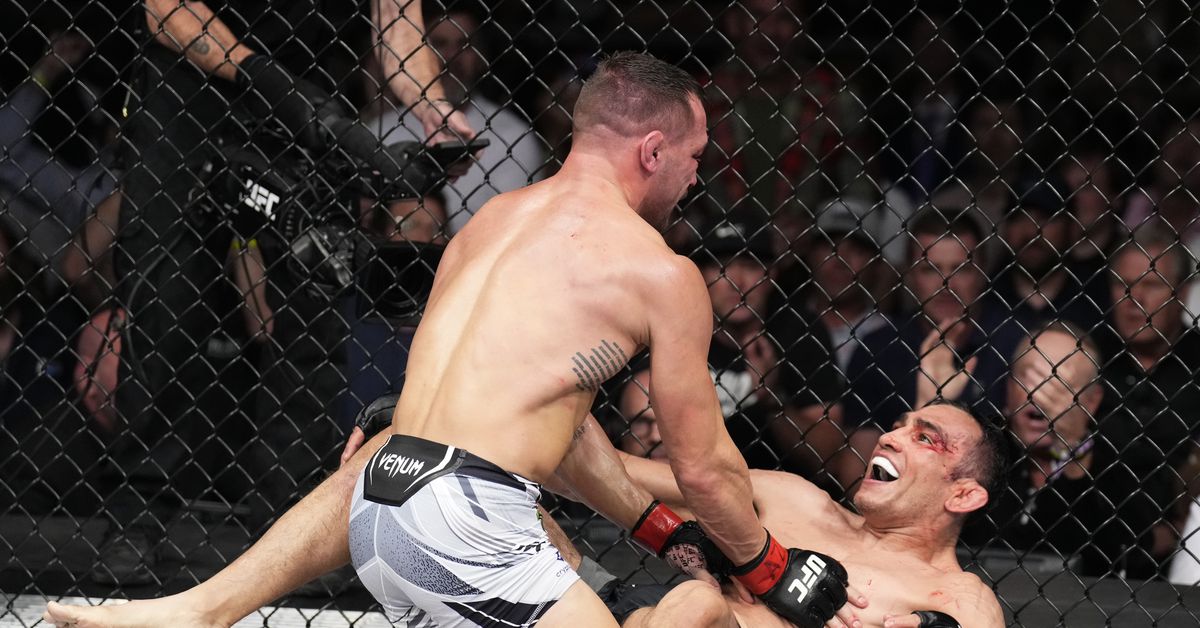 Tony Ferguson and Michael Chandler want fans to know that it’s all love between them.

Their UFC 274 clash ended in frightening fashion when Chandler knocked Ferguson out cold with a front kick to the face, a front runner for the best finish of the 2022, but afterwards the lightweight stars were nothing but complimentary of one another.

In his first statement since Saturday’s loss, Ferguson congratulated Chandler and added that he “had lots of fun in there.”

Congratulations to Michael Chandler on his victory at UFC 274. Had lots of fun in there, you fans are f****** wild. I love this s***! Feels good to be back and hungry again. We were just getting started. Best of luck in your next fight, champ. For love of the game. CSO (Champ S*** Only).

Chandler later responded to the positive words in kind.

If you don’t love Tony Ferguson, you’re not an MMA fan. Proud to compete against you, champ. CSO.

Chandler used his post-fight interview time to call for a fight with Conor McGregor at 170 pounds, but he also used his social media to address a potential rematch with Charles Oliveira for a once-again vacant UFC lightweight title and what he feels is unwarranted bravado from Nate Diaz.

OK, just watched UFC 274 — congrats to Oliveira. But I will finish you within two rounds in a rematch. See you this fall/summer. Who wants to see this unfinished business rematch?

Chandler and Oliveira fought in the main event of UFC 262 in May 2021 and Chandler had Oliveira in danger in Round 1, but Oliveira battled back to score a TKO victory early in the second round.

As for Diaz, Chandler responded to a claim from the fan favorite fighter that he would “choke Oliveira easy.”

“Hey Nate Diaz, shut up and stop complaining,” Chandler answered. “Keep your mouth sut. Keep your head down until your daddy books a fight for you to get your sacrificial dome bounced off the canvas again. Maybe it’ll be me… if you’re lucky. See you at the top!”