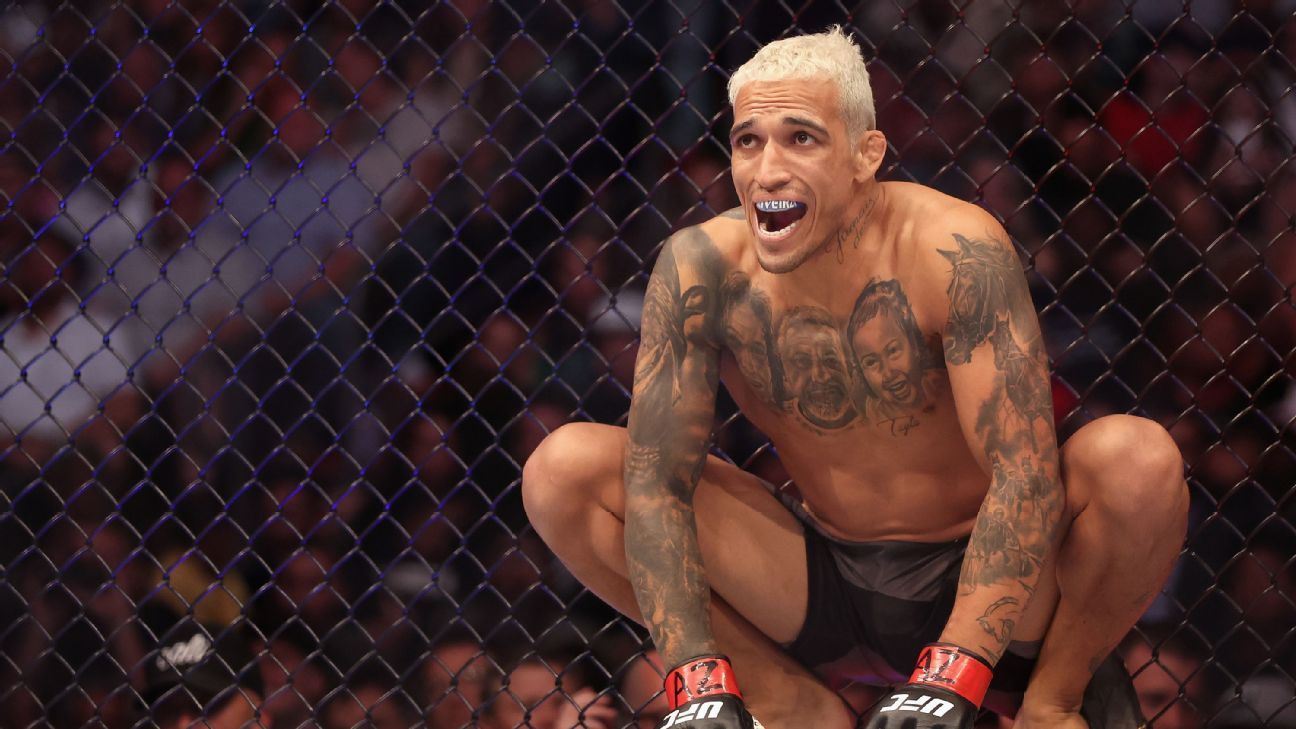 That was a wild week in the UFC’s lightweight division, yeah? Sheesh.

Charles Oliveira turns in another sublime performance. Michael Chandler with the knockout — and callout — of the decade. And after all that, we have a vacant title at 155 pounds. We’re back where we started when Khabib Nurmagomedov retired in 2020. Wild indeed.

Everyone knows Oliveira is the champ, for the record, but it’s still tough that a half-pound weight miss could have such a massive impact on his official résumé and paycheck. This sport loves to hold fighters accountable for missing weight, and it should, but the consequences suffered by Oliveira last week felt harsh.

In any event, there is a lot to talk about at lightweight. Let’s tackle some of the biggest questions in the division.

So, what will happen with this ‘vacant’ lightweight title?

On Saturday night, I wrote that I could see a scenario in which featherweight champ Alexander Volkanovski faces Oliveira next. Suppose Volkanovski were to beat Max Holloway in their trilogy on July 2 (a big if). That fight would have juice. However, I wrote that because I knew the UFC intended to rebook a fight between Islam Makhachev and Beneil Dariush. Makhachev is the clear No. 1 contender, in my opinion, but the UFC had already made up its mind to make him fight Dariush before getting the shot.

But at the UFC 274 news conference, Dana White admitted he’s very intrigued by Oliveira vs. Makhachev. I think the door is now open to make that fight, and it’s the proper one. The UFC is scheduled to hold an event on Oct. 22 in Abu Dhabi, United Arab Emirates, and I predict we’ll see Oliveira vs. Makhachev on that card for the vacant belt. Nurmagomedov called for that to happen on Twitter Saturday night as well.

A lot can happen between now and then, but that’s my guess for the main event.

Every lightweight conversation involves Conor McGregor. What does he want?

We need to stop. We probably won’t, but we should. We need to stop talking about McGregor for a little bit. He’s not ready to come back, and he’s still recovering from the leg injury he suffered in that second loss to Dustin Poirier last year. As of right now, I would guess the earliest McGregor fights is November.

Even though he’s inactive, his presence looms. It impacts Nate Diaz, who has only one fight left on his UFC contract. The UFC wants to make the trilogy between McGregor and Diaz because it’s incredibly lucrative, maybe the most lucrative fight the company could make today. The problem is McGregor can’t fight right now, and Diaz wants to. Many people think Diaz wants to fight McGregor, and it’s just not true. He has asked to fight Dustin Poirier and Vicente Luque.

The looming return of McGregor throws a wrench into booking the division. I hope that at some point, we can all ignore that looming return and revisit it in a big way when he’s healthy.

If Diaz does get a non-McGregor fight, who would he face?

Probably Khamzat Chimaev. It feels like we’re not talking about the lightweight division anymore because Diaz might as well be a welterweight. But Diaz’s future will affect some of the lightweights. Poirier wants to fight Diaz and is still hoping it could happen. Also, we should bring up Michael Chandler. 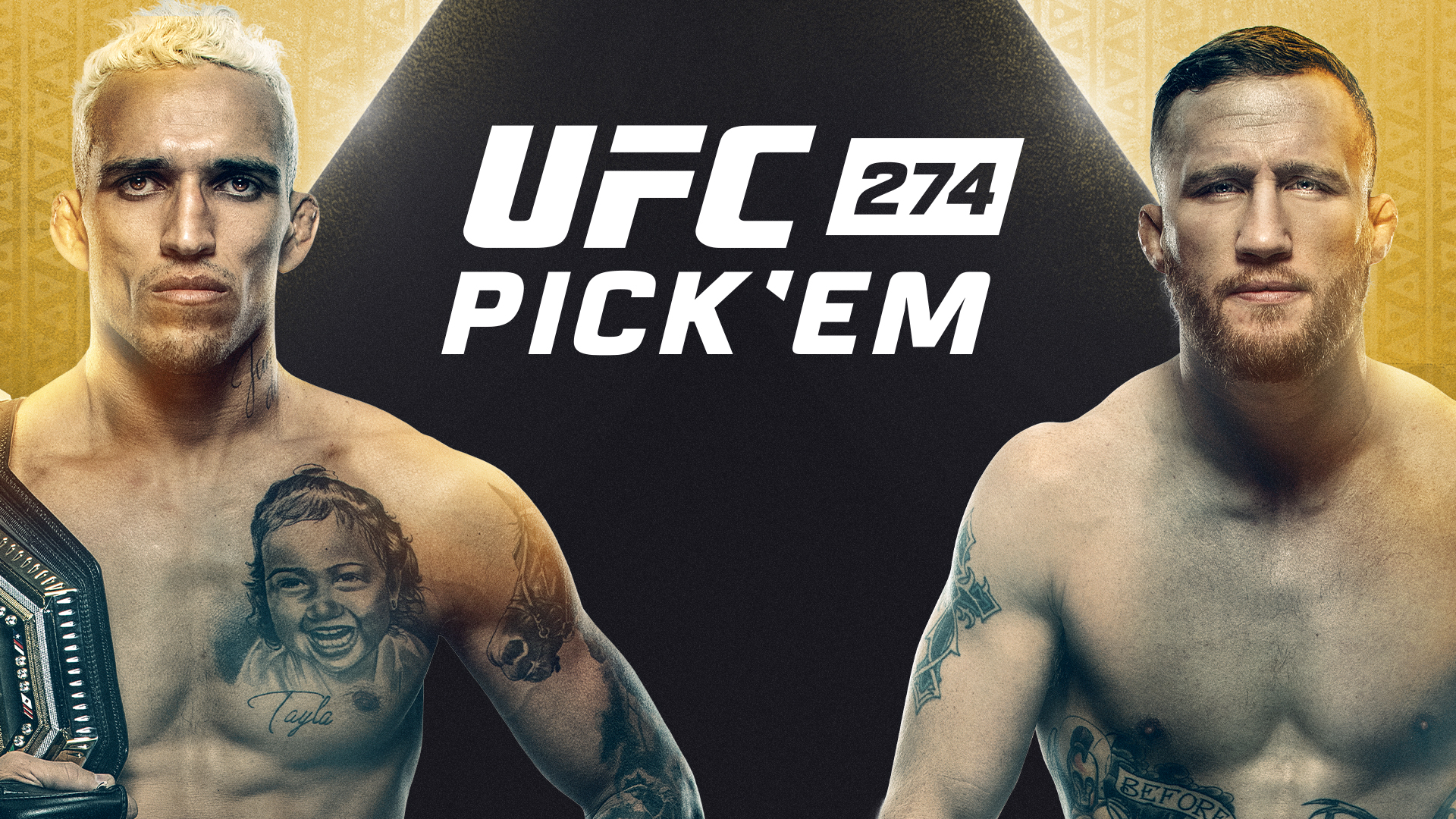 Diaz tweeted on Sunday, “Jul. 30, 170 pounds.” Many assumed he was talking about Chimaev. Or McGregor. I think he was hinting at Chandler.

After Chandler’s win over Tony Ferguson on Saturday, he called out McGregor and offered to fight him at 170 pounds. Think about it. Diaz wants to set up the last fight of his deal, and he wants it at 170 pounds. He likes to fight rising contenders, guys who are hot in the sport. Chandler is certainly that. This was Diaz’s way of saying, “Hey, Mike, Conor is hurt. He can’t fight. I’m healthy, and I’ll fight you.”

You mentioned Poirier. Where does he fit in?

Poirier needs to decide whether if he’s a lightweight or a welterweight. He’s teased a move to welterweight pretty hard, but there are also some great fights for him at lightweight. If he were to win a fight against someone like Chandler or Justin Gaethje, he’s right there again for a lightweight title shot.

I’d expect Poirier to continue to wait as long as it takes to find out what will happen with Diaz. We’ll find out which weight class he will compete in at that point.

Is it all over for Tony Ferguson?

Please don’t make me answer that definitively just yet. I liked what I saw from Ferguson all week at UFC 274. He said a lot of good things. It felt like he was in good spirits, even though he’s still disgruntled over certain aspects of his relationship with the UFC — and that’s understandable. He dropped Chandler in the first round of that fight, but he just got caught by the absolute perfect shot.

If he does continue to fight, which I’m guessing he will but I genuinely don’t know, what’s the right fight? Maybe he also moves up to welterweight. Cutting weight is no fun, and Ferguson has been doing it for a long time. I think we’ll see Ferguson again, and it won’t be at lightweight.

Who are some under-the-radar names we should be looking at?

This list starts with Rafael Fiziev. Fiziev has a potential breakthrough fight against Rafael dos Anjos on July 9. It’s easily the biggest fight of his career, but if this 29-year-old shines, we will talk about him even more as a candidate for some of the biggest fights in the division.

Arman Tsarukyan vs. Mateusz Gamrot, two outstanding fighters with a combined record of 38-3, are facing each other on June 25. Tsarukyan is only 25, and Gamrot is in his prime at 31. These guys will be in that next era of lightweights who battle it out for title supremacy in the years to come.