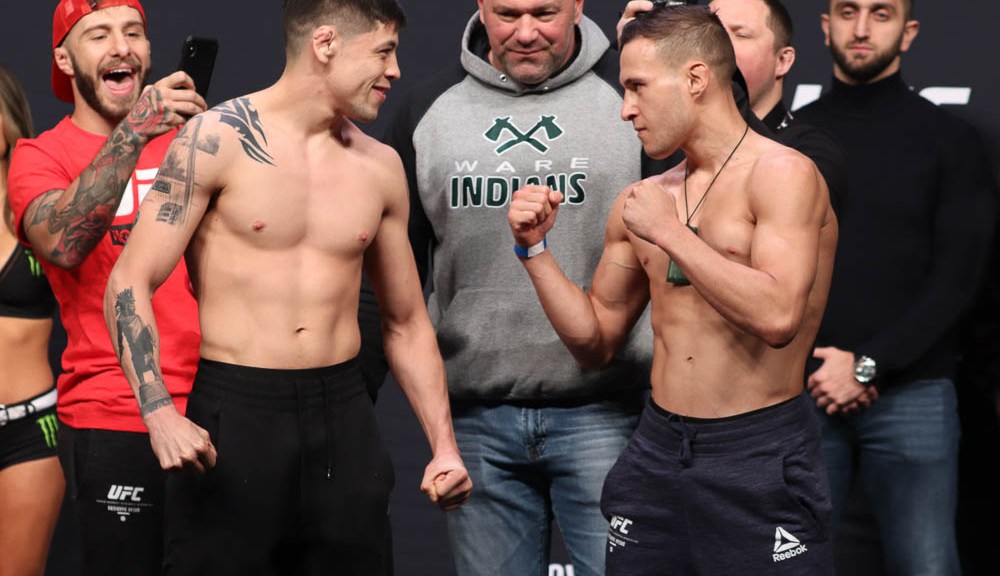 The UFC plans to implement an interim flyweight title this summer.

The promotion is targeting a bout between former champion Brandon Moreno and top contender Kai Kara-France for an interim belt. The pair are expected to met UFC 277 on July 30. The location for the event has yet to be determined.

MMA Junkie verified verbal agreements are in place for the matchup with a person close to the situation following an initial report from Ariel Helwani. The person requested anonymity because the promotion has yet to make an official announcement.

It’s unknown why champion Deiveson Figueiredo is not defending his undisputed title against either contender. However, his absence sets up a rematch between Moreno (19-5-2 MMA, 7-2-2 UFC) and Kara-France (24-9 MMA, 7-2 UFC), who first met at UFC 245 in December 2019. Moreno won the fight by unanimous decision.

Moreno is coming off a unanimous decision loss to Figueiredo, losing his flyweight title at UFC 270 in January. It was the third consecutive fight with Figueiredo as the two had previously fought at UFC 263, where Moreno won via submission, and UFC 256, where they fought to a majority draw.

Meanwhile, Kara-France most recently competed in March, upsetting Askar Askarov by unanimous decision. Prior to that, he earned a knockout over former UFC champ Cody Garbrandt.