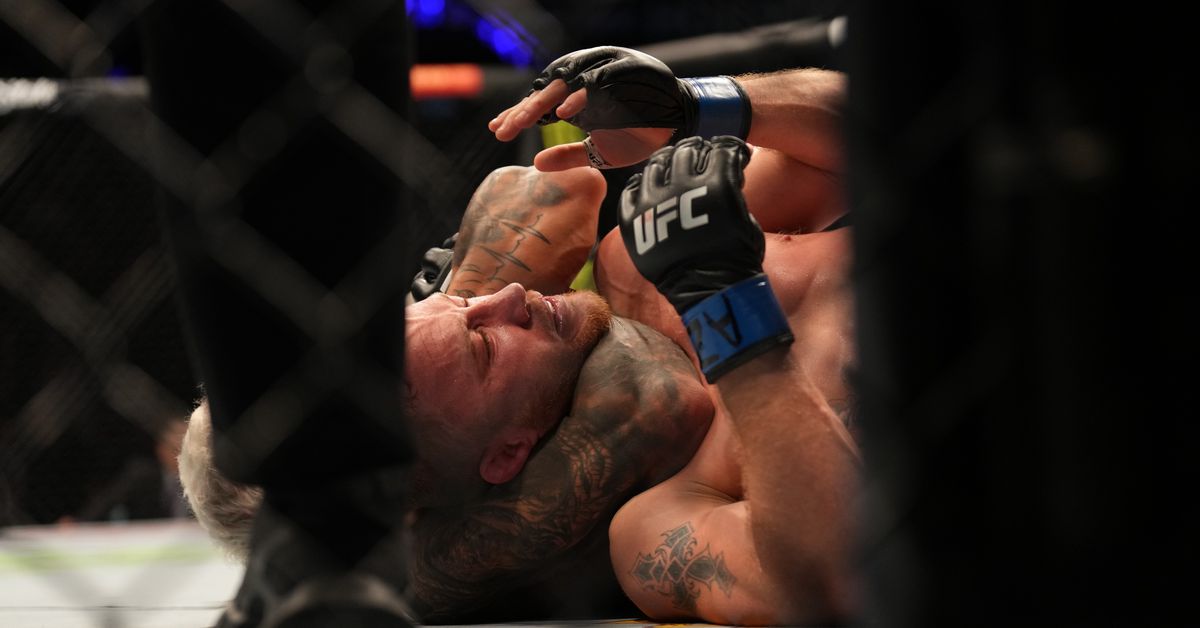 Though he seems largely unbothered by it, Charles Oliveira cannot escape his prior reputation. “Do Bronx” has now won 11 in a row, overcoming serious adversity in his last three bouts to finish top-notch opposition. Despite the repeated shows of resilience, the “quitter” label is hard to shake, largely because Oliveira did suffer several stoppage losses earlier in his career.

Justin Gaethje hammered that angle especially hard in the lead up to his title bout versus the Brazilian. Gaethje prides himself on his ability to thrive in deep waters and force his opponents to crumble, and he predicted as much opposite the former champion. Instead, it was Oliveira who rallied through early adversity and forced Gaethje to submit to a deep rear naked choke.

Now, I’m not implying that tapping to an obviously locked in choke means that a fighter is a quitter, but fans online were quick to see the irony. When Conor McGregor saw one such meme, he couldn’t help but take a shot at Gaethje, as the two have prior beef. Suffice to say, the Irish athlete wasn’t impressed.

“This absolute clown!” McGregor commented. “The aul [sic] pretend to be asleep after he tapped as well lol. Jackass”

There’s discussion around McGregor fighting just about every top fighter at both 155- and 170-pounds, but would anyone like to see “Notorious” throw down vs. “The Highlight?” Given Gaethje’s title loss, that booking would be a lot more reasonable now than before UFC 274.

Julianna Pena vs. Amanda Nunes looks like it has a date.

Jamahal Hill has always seemed like an intense guy in interviews; don’t mess with “Sweet Dreams!”

A bunch of MMA fighters are going to start trying to jump guard like Oliveira does and get sparked in the process. Only when you’re THAT good do you get to break all the rules!

Side note: DO BRONX IS ILLUMINATED BY GOD!

Frankly, I think any interaction between Chuck Liddell and Tony Ferguson would be confusing in 2022.

Good to hear Joe Lauzon is not coming up empty-handed after Donald Cerrone got sick.

Joe Lauzon says he thinks he will get his show money ($74K) and his Venum money ($21K).#TheMMAHour

Do you want to see Sean O’Malley vs. Marlon Vera 2?

I get the impression that Aljamain Sterling really enjoys messing with top Bantamweight contenders. He’s claimed he’s going to fight all of them next at various points!

The actual “On This Day” took place over the weekend, but we can afford to give an all-time great round a few days of lenience.

Day1: ōzeki Mitakeumi (L) vs M1 Takayasu. Last time, TY was on the cusp of first yūshō before WTK yanked it from him. Mitake got a respectable 11-4 in ōzeki debut. Winner manages to take out two men by oshidashi.. #natsubasho2022 pic.twitter.com/qu02UHCDdF

Day1: M2 Kiribayama (L) vs ōzeki Shōdai. Kiri bounced back from 2 MZ basho with a 10-5 last time. SD seemed on the fast train to demotion last basho, then bounced back from 4 straight black marks to a 9-6 kadoban cancelling basho. #natsubasho2022 pic.twitter.com/EBSltKau5d

Monthly clip of Saenchai beating up someone new:

Midnight Music: The first and only rapper to ever win a Pulitzer Prize, Kendrick Lamar, has begun the album rollout for his first release since 2017. Check out the first single: