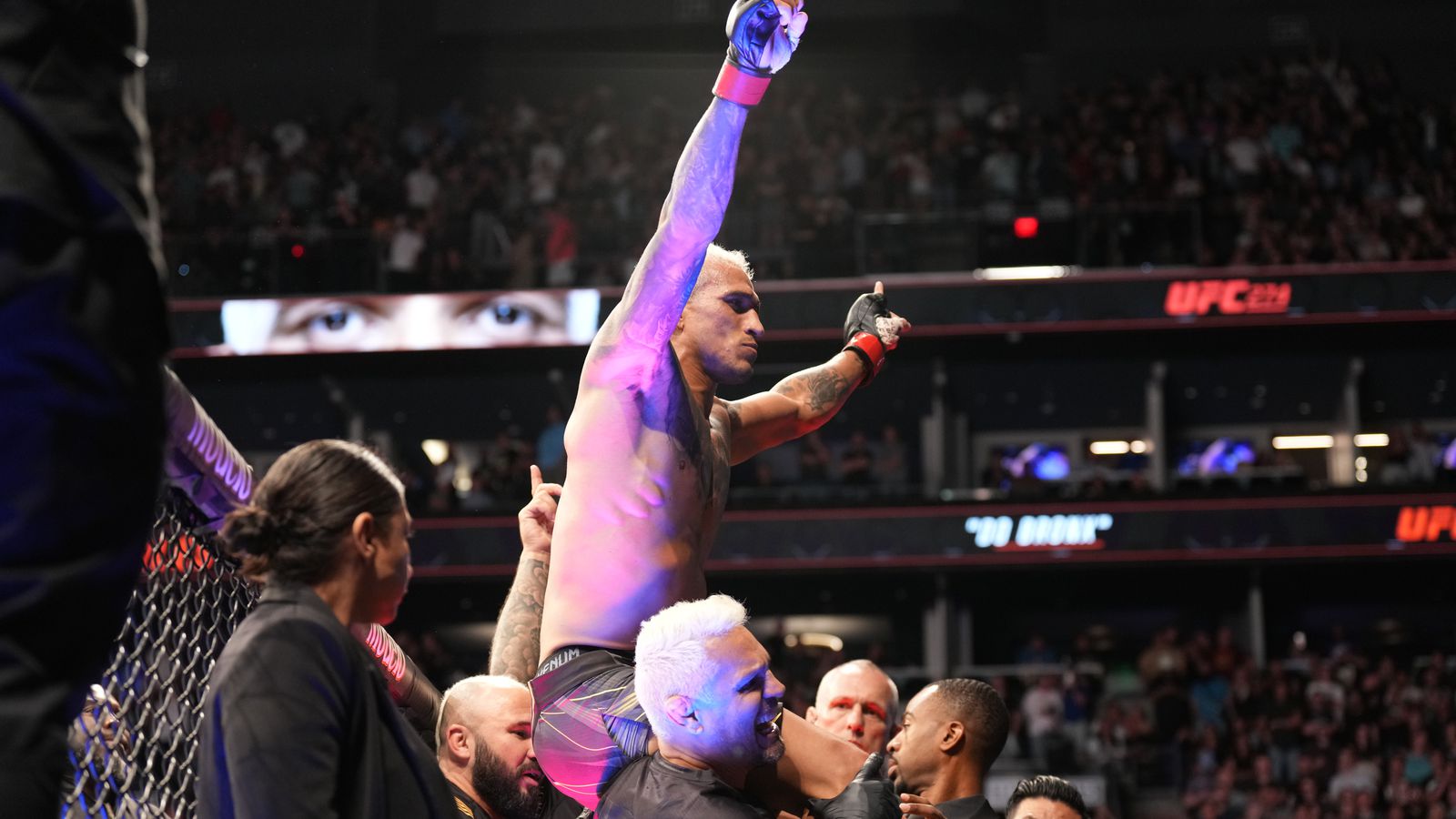 Perhaps unexpectedly, UFC 274 proved to be rather big business for the promotion. Sports Business Journal reports that the event sold over 400k pay-per-view (PPV) buys, making it the best-selling UFC event of 2022. While this is the first event of the year in which PPV numbers have been leaked, we now have a ceiling for the previous four events of the year.

It’s a big win for “Do Bronx,” who received PPV points despite his issues on the scale. Interestingly enough, Oliveira’s previous two title fights also had the buy information released: UFC 269: “Oliveira vs. Poirier” sold 500k while UFC 262: “Oliveira vs. Chandler” clocked in at an estimated 300k. Oliveira’s reputation as a hugely entertaining champion and consistent finisher is really paying off!

The next major PPV for the promotion is UFC 275 in Singapore on June 11, headlined by Glover Teixeira vs. Jiri Prochazka and featuring a second title match between Valentina Shevchenko and Taila Santos.

Jared Cannonier doesn’t seem like he enjoyed hanging out with his peers at UFC 274.

Fat Paddy jokes aside, Pimblett has never missed weight inside the Octagon, and Hadley has …

If you didn’t get a chance to listen to the Pat Barry interview, do yourself a favor and never correct that decision.

The recent post from Anthony Johnson prompted some speculation about “Rumble,” who isn’t looking all that large?

Paulo Costa finds a flaw in the new advertisement that features Israel Adesanya.

they should have at least cut off the swollen tits part

Cub Swanson doesn’t seem like he’s slowing down at 38 years of age.

A recent Strawweight signing to keep an eye on …

Andrea Lee with the brutal triangle/armbar combo plus added elbows:

One hell of a comeback from the boxing archives!

Midnight Music: I just posted a Black Midi song like two weeks ago, but they also just announced a new album and released a single, so … my hands are tied.