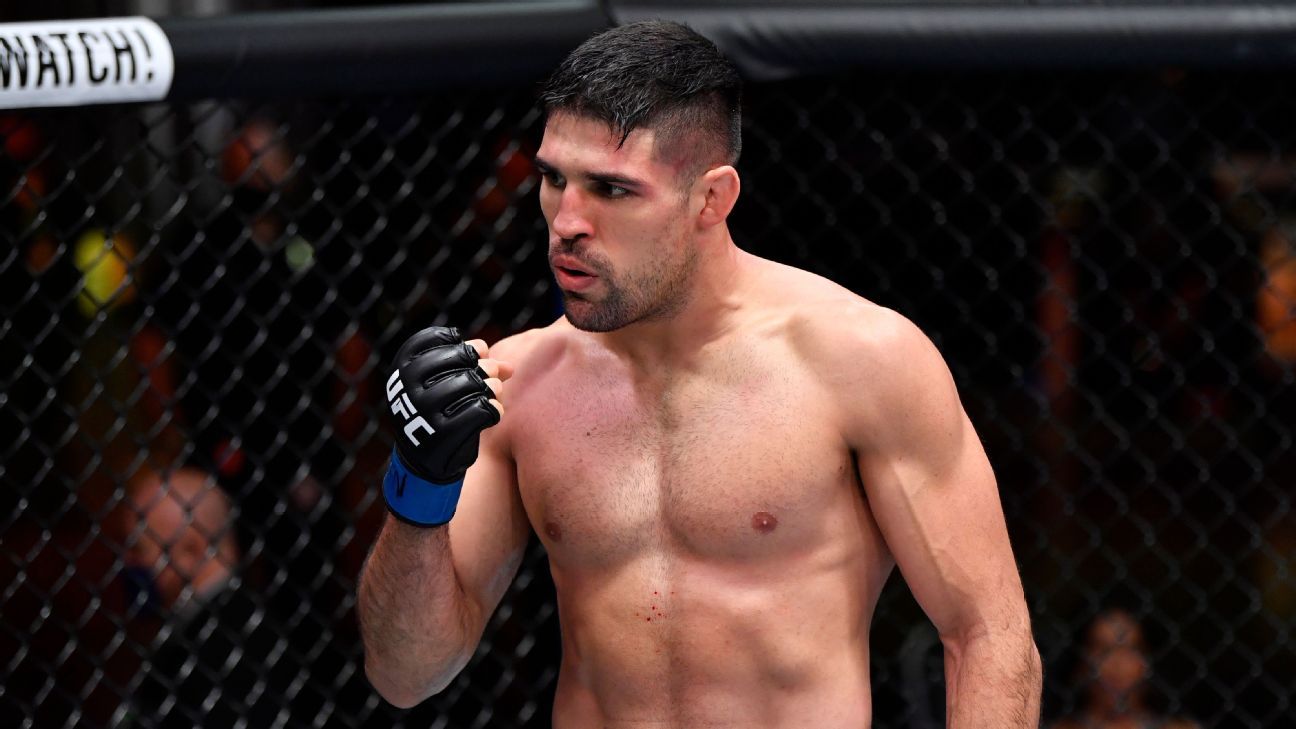 The UFC is finalizing a welterweight matchup between Vicente Luque and Geoff Neal for Aug. 5, sources told ESPN Thursday.

Contracts have not been signed but the bout has been verbally agreed to. The UFC has not announced an official location for the UFC Fight Night event on Aug. 6.

Neal (14-4), of Dallas, is coming off a split decision win over Santiago Ponzinibbio in December. He is 6-2 in the UFC, including a win over Muhammad from 2019.

Luque and Neal are the Nos. 5 and 12 ranked welterweights in the UFC, respectively.