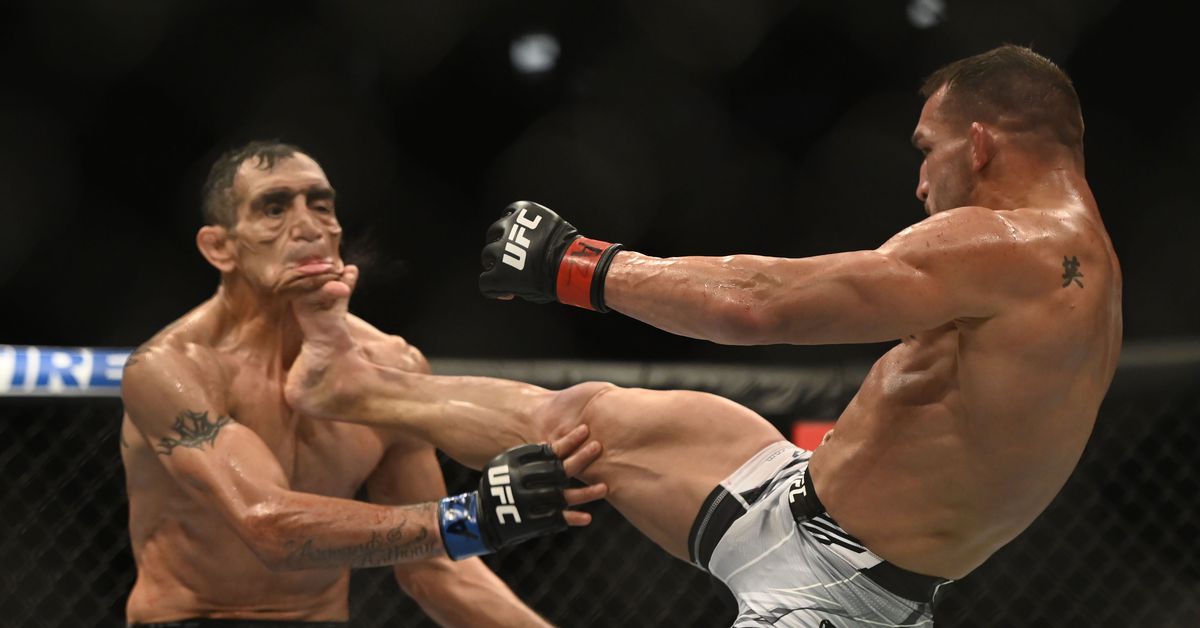 That’s according to medical suspensions released by the Arizona Boxing and MMA commission, which oversaw this past Saturday’s pay-per-view event at Footprint Center in Phoenix.

A total of 17 fighters received medical suspensions following the event. Details on the nature of the suspensions were largely left undisclosed, likely due to medical privacy laws.

Ferguson was violently stopped by a front kick to the face by Chandler in the second round of their main card fight. The ex-champ was sent to an area hospital and received an all-clear after a CT scan, per UFC officials. He recently posted a picture of himself at a doctor’s office and said he’d been cleared of any broken bones.

Here is the full list of medical suspension from UFC 274.