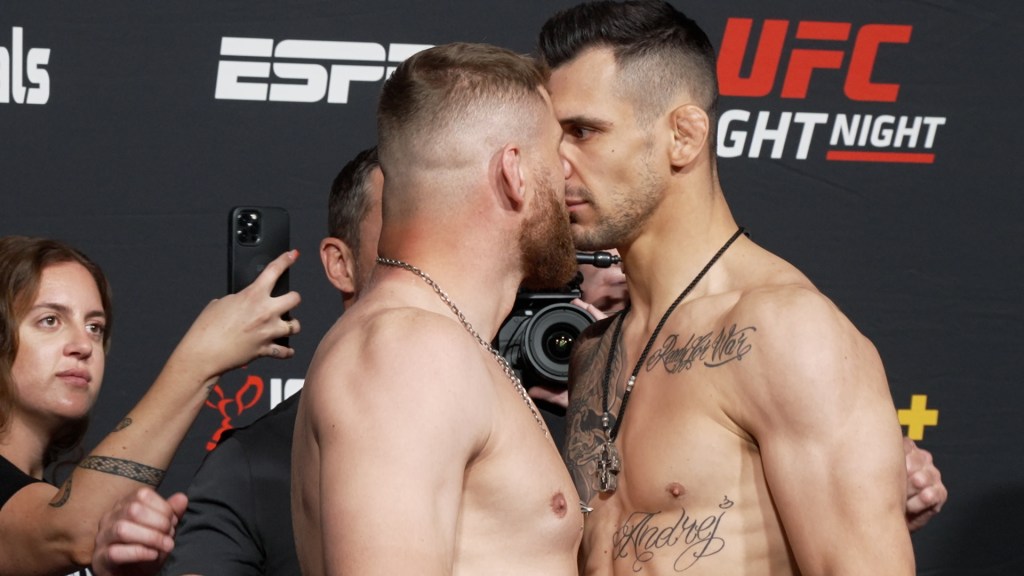 By Mike Bohn and Ken Hathaway |

Jan Blachowicz and Aleksandar Rakic are locked in for Saturday’s UFC on ESPN 36 main event.

After making weight on Friday morning, Blachowicz : UFC on ESPN 36 weigh-ins and Rakic (14-2 MMA, 6-1 UFC) engaged in a traditional pre-fight faceoff with each other.

It was an intense staredown between the two sides. They went nose-to-nose to kick things off before giving each other distance. Both men acknowledged the serious nature of the contest, as they played no game.

Watch the video above to see Blachowicz and Rakic face off for the UFC on ESPN 36 headliner.

UFC on ESPN 36 takes place at the UFC Apex in Las Vegas. The main card airs on ESPN2 following prelims on ESPN. The entire card also streams on ESPN