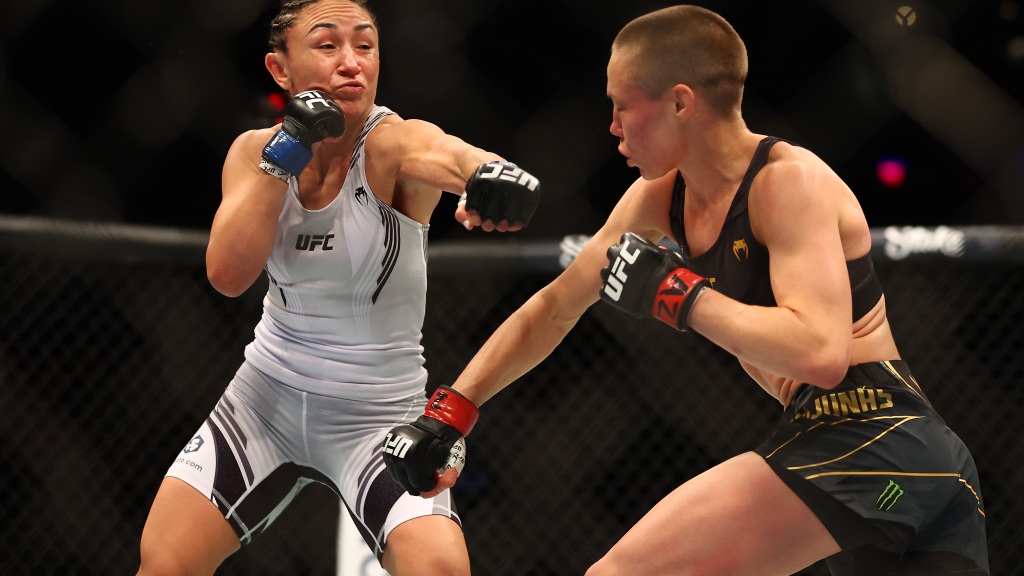 Title fights throughout history have often left a lasting impression.

The strawweight title bout between Carla Esparza and Rose Namajunas at UFC 274 will certainly be remembered, but not for reasons either competitor hoped when they entered the cage in Phoenix.

The co-main event between Esparza and Namajunas was a rematch from the very first strawweight title fight in the promotion’s history. Esparza won that first meeting at The Ultimate Fighter 20 Finale in 2014, and thus became the first UFC strawweight champion. After many years passed, their paths crossed again, although this time it was Namajunas holding the crown in her second title reign.

When the fight began, it was apparent both fighters were familiar with each other, however, the action never really picked up steam. The feel-out process turned into a five-round feel-out fight, with neither fighter putting their stamp on the title bout.

Esparza emerged victorious when it was all said and done, becoming the second two-time champ in the division, but the conversation afterward became about whether or not it should be labeled the worst title fight in history.

Our Spinning Back Clique panel of Brian “Goze” Garcia, Mike Bohn and Nolan King discuss this topic along with host “Gorgeous” George Garcia. Check out their conversation in the video above, and don’t miss the full episode below.