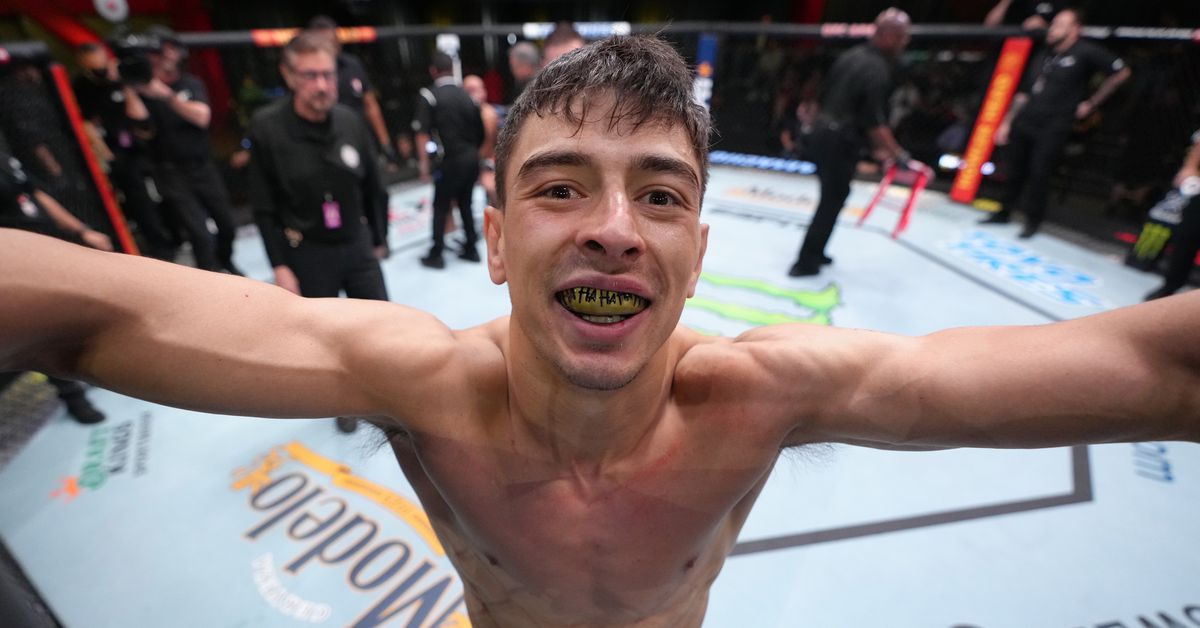 Jan Blachowicz got back into the win column last night (Sat., May 14, 2022) at UFC Vegas 54 live on ESPN2/ESPN+ from inside UFC Apex in Las Vegas, Nevada, when the former UFC light heavyweight champion outlasted Aleksandar Rakic after “Rocket” blew his knee out in their main event clash (highlights HERE).

In addition to the light heavyweight headliner, UFC Vegas 54 produced a long list of memorable clashes, highlight-reel finishes, and back-and-forth affairs. Check them out below and let us know which one stood out the most.

In order to sift through the action and see which fighters took home an extra $50,000, we take a closer look at the official UFC Vegas 54 bonus winners below:

UFC Vegas 57 Results: Tsarukyan vs. Gamrot
Ranking the fights at UFC 276: Two title fights plus Sean O’Malley prepares to put on a show in Vegas
Michael Bisping: Conor McGregor had a crazy run, but doesn’t go down as one of the featherweight greats
Watch: Jiu-Jitsu Teacher Restrains Alleged Attacker Of 7-Eleven Employee
Bellator 282 reactions: Winning and losing fighters on social media