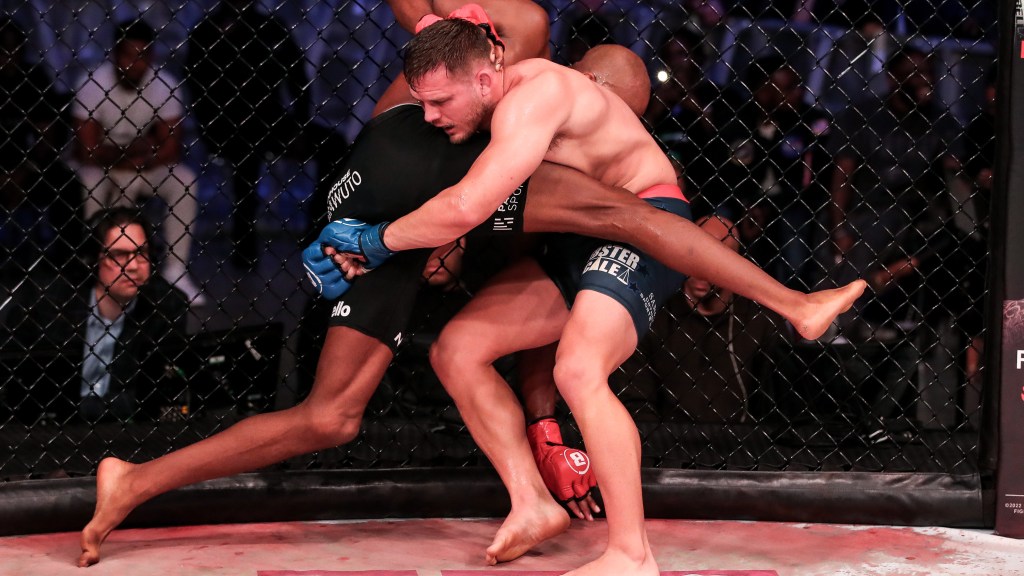 To the chagrin of many, Logan Storley is the new Bellator interim welterweight champion.

Storley emerged victorious this past Friday in the Bellator 281 headliner against Michael Page by earning a split decision from the judges with scores of 48-47, 47-48 and 49-46.

Afterward, Storley was criticized for the way he won – by leaning on his wrestling and then not doing much with his dominant control time. Whereas Page got the better of the fight on the feet, it’s just that not a lot of time was spent there. The criticism even came from Bellator president Scott Coker, who said he thought Page won because – in his words – “you can’t just lay on somebody … that’s not MMA.”

Agree with Coker’s take? And what message is the Bellator boss sending not just to Storley but other wrestling-based fighters? Our “Spinning Back Clique” panel of Mike Bohn, Nolan King and Brian “Goze” Garcia answered that with host “Gorgeous” George Garcia.

You can watch their discussion in the video above and check out this week’s full episode below.