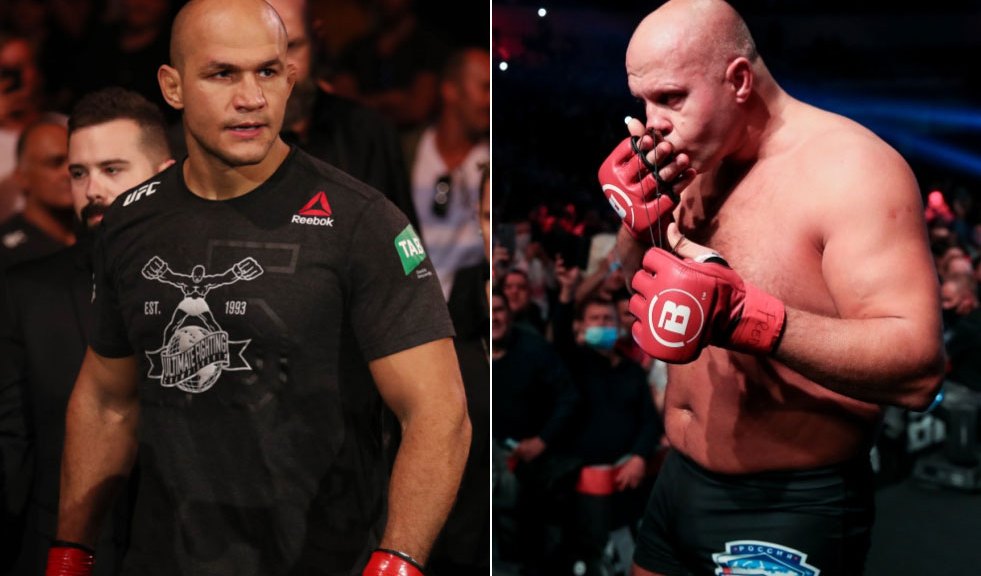 First Dos Santos has to get past Yorgan De Castro on Friday in the Eagle FC 47 main event at FLXcast Arena in Miami. The fight will serve as Dos Santos’ promotional debut and his first action since he was released by the UFC in early 2021 following a four-fight losing streak.

If Dos Santos (21-9) gets back in the win column, Nurmagomedov made it clear that he wants to work with Bellator to try and book the former UFC heavyweight champion against Fedor Emelianenko (40-6).

“If Dos Santos win, I really want to make Dos Santos vs. Fedor fight,” Nurmagomedov said Wednesday at an Eagle FC 47 pre-fight news conference. “But he has to focus on Yorgan for next, because this fighter here is tough opponent. I want to talk with my friend, Scott Coker, because Fedor is under Bellator contract. I don’t know what they’re gonna do next with him, but definitely we can talk, and we can do something. We can create some story. …

“Why not? These two guys was long time the face of MMA. Fedor was the greatest fighter of all time in my opinion, and Dos Santos was heavyweight champion a couple years in UFC. These two guys, I think they deserve and fans deserve. For me, it’s a very interesting matchup, too.”

“I’m a big, big, BIG fan of Fedor, and I really belive – like Khabib said – that he is the greatest,” Dos Santos said. “That was a magical time in the MMA world when he did those amazing fights with ‘Big Nog.’ I wasn’t even fighting at that time, but I was such a big fan of them. For me, because I trained with ‘Big Nog,’ as well, it was always kind of a dream, the biggest thing I would like to achieve in my career would be to fight Fedor. So to hear that may be possible now, it’s just amazing.”

Whether or not Bellator president Scott Coker would be interested remains to be seen, although he’s openly advocated for cross-promotion fights and booked them when they make sense. Emelianenko, 45, has one fight left on his Bellator contract, which is expected to be his retirement fight. It’s unclear what that will be, although Coker recently said Emelianenko “deserves to have the largest platform and the biggest fight and the biggest event to hold his final fight.”

A matchup of legends with 38-year-old Dos Santos just might qualify.

Emelianenko, 45, most recently turned back the clock by knocking out Tim Johnson last October at Bellator 269 in Moscow, giving him back-to-back wins.