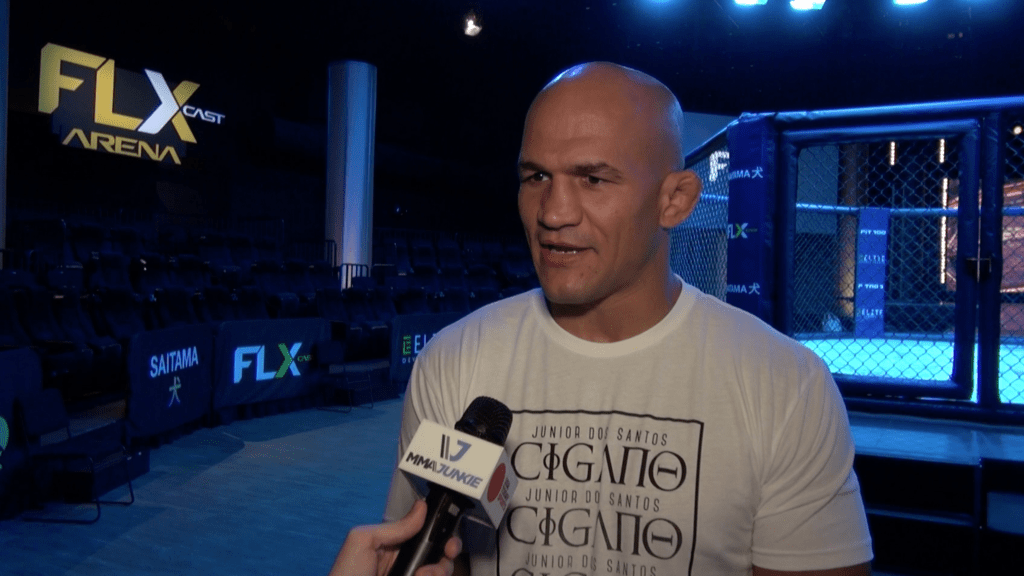 A former UFC heavyweight champion, Dos Santos (21-9) returns to MMA competition in the Eagle FC 47 main event Friday. It’s his first fight since his departure from the UFC, the promotion where he built a legendary resume over a span of 13 years.

Although Dos Santos had many memorable moments on the UFC stage, the Brazilian is not happy with the way his run ended in the Las Vegas-based company.

“I was feeling pressured,” Dos Santos told MMA Junkie on Wednesday. “The way that things happened, we’re under pressure all the time. I feel like they were trying to drain everything I could provide for them to build other names and things like that they could maybe do work (with).

“That’s what my feeling is. It doesn’t mean anything. They’re a huge company. It’s kind of stupid of me thinking that they would put that much focus and attention on top of me. But that’s how I felt, and if I feel that way, things don’t go very right inside of me, so that’s why.

The UFC released Dos Santos a few months after he lost to then-rising contender Ciryl Gane in December 2020. The loss to Gane marked a four-fight skid for Dos Santos – his worst career skid.

The stretch of losses came against the next crop of talent: Gane, who would go on to win a UFC interim title; Francis Ngannou, the current heavyweight champion; and two other top contenders, Curtis Blaydes and Jairzinho Rozenstruik.

Dos Santos, 38, thinks the UFC looked to build up-and-comers off his name and didn’t offer much in return. “Cigano” understands the nature of the fight business and that’s why he warns the current champions to look after themselves.

“That’s the reality,” Dos Santos said. “I know it’s a business and they’re there to make money and they’re doing great actually doing that. Man, there’s nothing really covering or helping the fighters, you know? All the guys who are there and they’re champions and things, in the future they will see what I’m talking about. At some point, you’re not their focus anymore. They try to drain everything. … I was there for 12 years. I felt I was being part of the building process, and of course, everybody is, all the fighters are. But you know, it wasn’t in a good way, but business is business.”

He’s nearing 40, but Dos Santos feels he’s got a lot in the tank. Dos Santos feels good and happy to start fresh at Eagle FC. He hopes to show he’s still game against dangerous finisher Yorgan De Castro in the main event of the card.

“I want to show this truth that I’m talking about because people are kind of underestimating me, again,” Dos Santos said. “‘Ah, Junior is done. Junior is that.’ I don’t really care about the haters, but I care about the people around me and the fans that have always been supporting me and are still there.

“I want to give back to them that you’re not wrong and I’m still here. I still can do great things inside the octagon and the ring. And yeah, that’s the goal: Show myself to the world and show how good I feel, what a good performance I can have in there.”